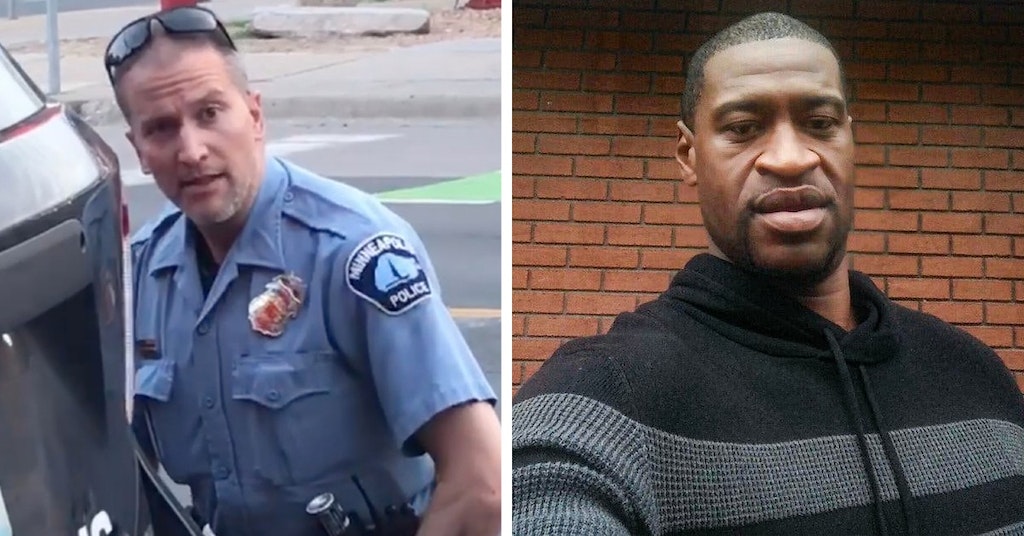 After three days of ongoing protests over the killing of George Floyd, the officer who was filmed kneeling on his neck for several minutes before he died has been taken into custody by the Minnesota Bureau of Criminal Apprehension. Not long after news of the arrest broke, Hennepin County Attorney Mike Freeman said that the charges are murder in the third degree and manslaughter.

The charges against Chauvin were brought in record time, according to Freeman, as protests in Minneapolis intensified each night after Floyd’s death. Thursday night, the people of Minneapolis took over the 3rd precinct where Chauvin allegedly worked before he was fired, trashing the building and lighting parts of it on fire.

“We are in the process of continuing to review the evidence,” said Freeman. “There may be subsequent charges later.”

“I didn’t want to wait any longer to share the news,” he added. “The investigation is ongoing. We felt it appropriate to focus on the most dangerous perpetrator. I must say this case has moved with extraordinary speed.”

Moments before the news of the arrest broke, Minnesota Governor Tim Walz admitted to the “abject failure” of the state to provide swift justice for George Floyd and his family.

“Minneapolis and St. Paul are on fire. The fire is still smoldering in our streets. The ashes are symbolic of decades and generations of pain, of anguish unheard,” he said about the protests. “Now generations of pain is manifesting itself in front of the world—and the world is watching.”

There is no word yet on whether charges will be brought against the three officers who stood by as Chauvin knelt on Floyd’s neck while he begged for help and said that he couldn’t breathe. Black leaders in Minneapolis are continuing to demand the arrest of these officers, who were fired along with Chauvin.

BREAKING – MPD Officer Derek Chauvin has been arrested in the death of #GeorgeFloyd.
I am at a news conference in Minneapolis City Hall with black leaders in Minnesota and friends of George Floyd. They found out the news in the moment and this is their response. #WCCO pic.twitter.com/JNOE2zm1IG

The news about Chauvin comes as a relief to some who were afraid that there would be no charges issued against the former officer.

On Thursday, Freeman suggested in a press conference that there was not enough evidence to bring charges and that “there is other evidence that does not support a criminal charge,” leading to further anger among protesters and their supporters.

His office later clarified that they simply felt that “it is critical to review all the evidence” before making an arrest.

“That video is graphic and horrific and terrible and no person should do that. But my job in the end is to prove that he violated a criminal statute, and there's other evidence that does not support a criminal charge… I will not rush to justice.” pic.twitter.com/RZ9iYsvQ1W

Not everyone is satisfied withthese charges, however, believing that nothing less than a charge of first-degree murder—in which the killing is intentional and premeditated—is acceptable.

George Floyd’s murder was NOT third degree. Derek Chauvin knew this man multiple years prior. He planned this damn murder. We want JUSTICE.

A third degree murder charge makes it seem like the officer had no intention of murdering George Floyd. There’s literal video evidence of George Floyd saying he can’t breathe over 3 times. Derek Chauvin applied MORE pressure to his neck after he had 3 officers get on Floyd’s back

Chauvin has a history of violence and he knew Floyd for 17 years. This was clearly premeditated and Chauvin should be charged with first degree.

George Floyd repeatedly weeped, saying "I can't breathe" and chauvin (his murderer) is going to be charged with 3rd degree murder.

This is not enough. Let's continue to be loud.#BlackLivesMaters

black people serve decades of jail time for lesser crimes or for crimes they havent committed at all… meanwhile derek chauvin is charged with 3rd degree murder which means he can get a max of 25 years in prison. this isn't right

so you're telling me that derek chauvin was charged with 3rd degree murder, which is for when it was NOT commit with the intention of death… george floyd was YELLING "i can't breathe" and he continued to kneel on him, he did that shit on purpose there's no excuse pic.twitter.com/bBvqxr0HtH

It’s going to be another long night.