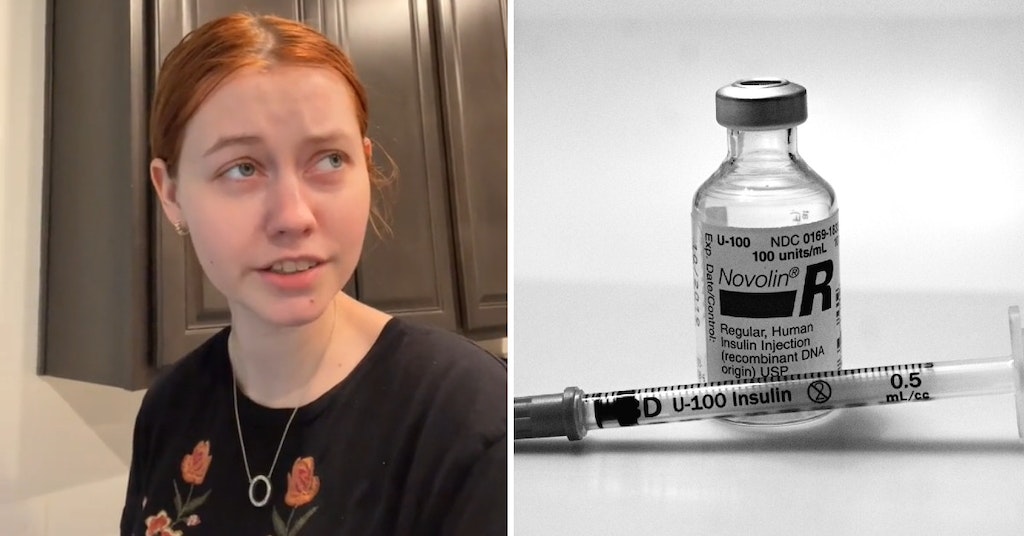 Diabetic Worker Quits After Boss Goes Through Her Bag, Finds Her Syringes, And Threatens To Call The Cops

A former restaurant hostess with diabetes recently shared the story of how her manager nearly called the police on her because he spotted syringes in her bag in spite of being aware of her chronic illness. When she explained to him that the medical devices were for her illness, he continued to accuse her of drug use, dismissing her as a liar because he knew other diabetic people who use pumps to administer their life-sustaining medications.

There’s nothing that people with chronic illnesses love more than people without those illnesses telling them how they’re supposed to be sick, unless it’s low-income people having to explain to these same individuals that some people are, in fact, poor.

In the video, Abby Gebo acts out the scene of her former manager walking by her backpack and spotting the medical devices, then approaching her to immediately accuse her of using illicit drugs, but not before telling another hostess that they might be calling the police.

“Hey, hostess number one, I might need you to call the cops,” he said. “Give me a couple minutes, though.”

“You know, Abby, I really expected better from you,” he then lectured Gebo after she said it was her bag. “Are you just holding these for someone, because you don’t look like you would have these.”

Glossing over what this manager would stereotype the typical illicit drug user as, Gebo is in fact the exact type of person who would have those, because she has type 1 diabetes, which requires the regular use of injected insulin to manage. After demanding to know why she carried the syringes, Gebo reminded her boss of her illness.

“I have diabetes, but you know that,” she told him. “I don’t know why you’re asking me about it.”

“My niece is a diabetic, and she does not have syringes,” said the manager. “I know that they use pumps. So, wrong, try again.”

It’s no wonder that Gebo quit on that same day after such an utterly condescending, rude, and dismissive attitude. Said manager should also feel lucky that he didn’t end up getting fired because it violates the Americans with Disabilities Act to interrogate workers about their medical devices.

“Okay um, I can’t wait to sue you, but some people can’t afford pumps and have to use like vials and syringes,” said Gebo.

The manager then demanded to see the vials, which also violates the ADA, and even after she complied, which she did not have to do, he continued to act like she was a criminal.

“And that was the day I quit,” Gebo concluded.

Many commenters supported Gebo’s decision to quit after this interaction, saying that the manager was way out of line and could be sued both for violating the ADA and possibly for illegally searching her bag. Other diabetics and their loved ones also chimed in with their own stories of people freaking out at the sight of a syringe because they think anyone using this medical device must be shooting heroin or something.

“I’ve had the cops called on me for taking insulin in public…bc I’m skinny and diabetics aren’t skinny,” said one commenter.

Minding your own business is fun and free, people.