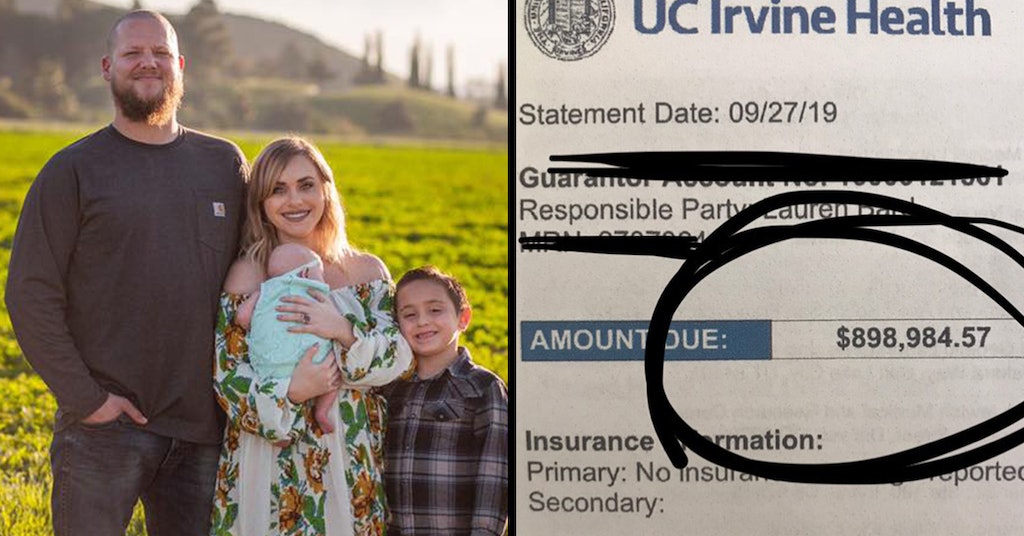 “Christian” Hospital Bills Its Own Nurse $900,000 After Her Baby Was Born Premature

A Christian hospital called Dignity Health hit one of their employees with a bill amounting to almost a million dollars after her daughter was born three months early. Lauren Bard is a nurse, who gave birth in 2018 at UC Irvine Hospital to her daughter Sadie, who was immediately put in the NICU.

Bard expected her Anthem Blue Cross health insurance to cover Sadie’s medical expenses, and called them to enroll. But Dignity Health, her employer, requires new babies to be registered via their website within 31 days of their birth, according to ProPublica, who interviewed Bard about her terrifying situation.

Later, Bard would be told she was informed of the 31-day deadline when she was hired, but that was six years earlier, before she knew she would even have Sadie. In the immediate aftermath of her daughter’s birth, she was incredibly worried and absorbed by the fight for her baby’s life.

Sadie had to have multiple surgeries. Bard herself had to recover from the birth and then spent time in the emergency room with a subsequent infection. Then, eight days after the 31-day deadline had passed, Bard was notified by the Irvine billings department that they couldn’t process claims for Sadie, who was still in the NICU.

The bill for Sadie’s care came to $898,984. Panicked and hit by a wave of postpartum depression, Bard and her fiancé tried every avenue of appeal to Dignity Health, which ironically says their mission statement is promoting “the healing ministry of Jesus.”

They were told no again and again, in letters that stated the company “cannot make an exception to plan provisions.” According to an official with the federal Labor Department, who spoke with ProPublica, they can make such provisions, especially if there are “adverse health factors” to take into account. Often people who need a lot of expensive care aren’t in the best position to advocate for themselves with health insurance companies in the moment.

Bard thought she would have to either file for bankruptcy or work for the rest of her life to pay off the debt. She was planning to start with a $100 per month repayment plan, which would pay the debt off in about 748 years.

ProPublica contacted Dignity Health to question the story, and suddenly they reversed their decision. The implication is that they were about to get their butts roasted by the national news, though they say they changed their minds after receiving “additional information” about Bard’s case.

“We based this new decision on certain extenuating and compelling circumstances, which, in all likelihood prohibited you from enrolling your newborn daughter within the Plan’s required 31-day enrollment period,” they wrote in a letter to Bard.

Bard wishes she hadn’t had to go through this stressful ordeal at the same time she was waiting to see if her daughter would even survive. She is urging the benefits department to be more explicit with their employees about their benefits so nothing like this happens to anyone else.

“You can’t put on this facade,” Bard said. “You have to live it. You have to walk the walk.”