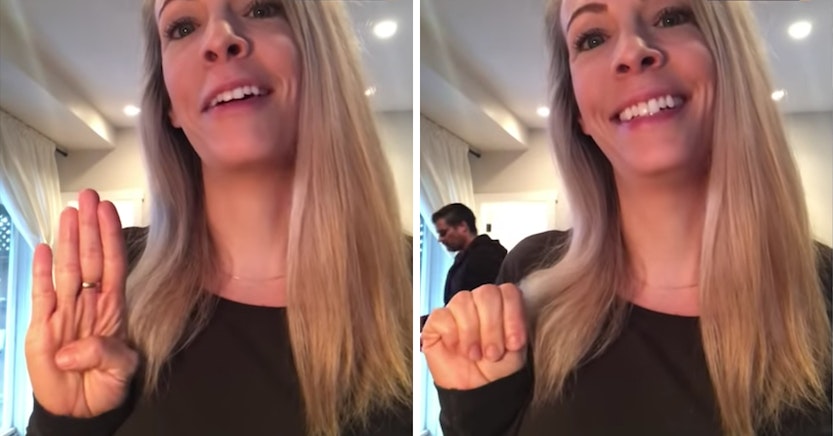 When lockdown began, one of the worries was that people in abusive relationships would be in even more danger from their abuser, being trapped in close proximity to them for much of the day. Unemployment would also increase stress and close off avenues of escape.

The Canadian Women’s Foundation established the “Signal for Help” as an attempt to give women or anyone suffering from abuse a way to let people who laid eyes on them know that they are in danger. In an Instagram post, they gave a demonstration.

“The ‘signal for help’ has been created by the Canadian Women’s Foundation, which says the social isolation measures necessitated by the coronavirus pandemic are making it more difficult for those who are at risk of abuse or violence to reach out.”

This hand signal could save someone's life. Please take a moment to watch and learn. . "The 'signal for help' has been created by the Canadian Women's Foundation, which says the social isolation measures necessitated by the coronavirus pandemic are making it more difficult for those who are at risk of abuse or violence to reach out. . You can find the foundation's full advice on the best steps to take and how to help in the case of emergencies by going to their website which also provides resources with advice on what to do if you feel unsafe at home and are unable to make video calls." Via The Mirror . Video by @ forsure7 on Tiktok / @ihysteph . . #domesticabuse #abuse #violence #emotionalabuse #domesticabuseawareness #survivor #gaslighting #helpline #feminist #feminism #help

“There’s ample evidence that disaster situations can lead to a surge in gender-based violence,” they write on their website. “Public health directives on home isolation might increase danger and risk for people in abusive relationships. The Signal for Help is a tool that may help some people, some of the time.”

They add that some people won’t have the ability to make video calls, of course, and other resources and services should be researched for different types of cases. But for someone who regularly talks with family and friends over FaceTime or Skype who are familiar with the gesture might know when it’s time to intervene if they see the gesture.

The signal is placing your thumb against your palm, wrapping your fingers over that thumb and showing the fist to the viewer.

One of the drawbacks of getting the word out there about the signal for help is that you need a lot of people to know about it for it to work. But the more people who know about it, the more likely it is that the abuser themselves will be aware of the gesture. Having a signal with people you know and care for might be a wise thing to establish for trouble, even if it’s not more widely known. You may not ever need it, but it’s there just in case.