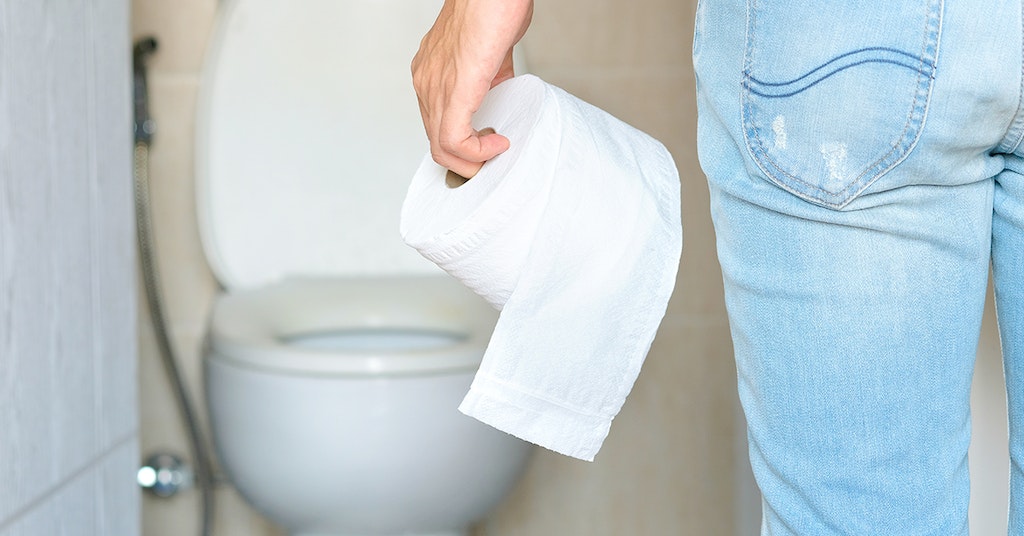 Living with someone is a series of disappointments, especially once the romance starts to go—and nothing makes romance go away faster than horrible bathroom habits. A woman on Reddit is trying very hard to not lose all respect for her boyfriend over something he does on the toilet. Something…not normal.

Her title, posted under the name u/pndita_, really covers a whole lot of the story: “My BF (39) puts a towel on his crotch when he sits to take a dump because he hates the smell of his own poop and then proceeds to hang it back on the doorknob. Been together for 3 yrs. I (31F) confronted him about it but he Ignored my concerns.”

Okay, what are her concerns? Well, she says she walked in on her boyfriend and saw something “traumatizing” which was her boyfriend draping a towel over his crotch as he poops. She then respectfully withdrew:

After he was done , because I do respect the pooping time, I approached him and told him what the heck did I just watch? Then he explained me the reason and I mean I get it but still told him that it’s disgusting that he hangs it back on the door knob because I’m sure the towel keeps some of the disgusting smell of his own number 2.

He agreed and told me he was not going to do ever do that again because yes it’s gross.

Today I opened the door by accident (I thought he was in the kitchen) and saw the traumatizing image again. I confronted him about it and now he completely changed his words and claims that it’s his towel and he can do whatever the heck he wants with his towel. Idk what to do, we only have one bathroom and idk how to approach this

I don’t really believe that she walked in on him by accident the second time and I think there’s some information missing. Like, is her problem that she’s been using the towel to dry her hands? Or that it’s on the doorknob? Or that it exists at all?

A few people suggested that he just have a little basket for it instead of using the doorknob everyone touches, which would be helpful. But the strangeness of the story caught @redditships attention and it went viral again on Twitter.

I really hope these two make it work.