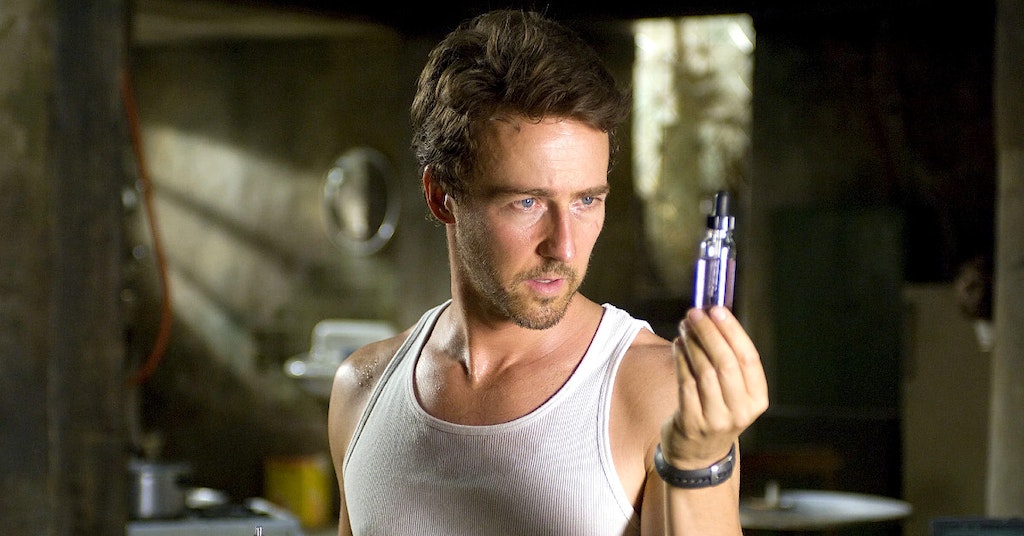 
It has now been two weeks since the 2020 presidential election was called for Joe Biden, yet President Donald Trump still refuses to accept reality and concede to his opponent. Trump’s actions are setting an extremely dangerous precedent that could threaten democracy as we know it, despite the fact that he is clearly waging a losing battle. Some theories being tossed around in the media include that Trump is only contesting the results “as a form of theater” for his base, or that he’s gearing up to start his own network. But Edward Norton thinks he knows the real reason why, which he revealed in a Twitter thread on Friday morning.

“I’m no political pundit but I grew up with a dad who was a federal prosecutor and he taught me a lot,” the 51-year-old actor wrote. “I’ve also sat a fair amount of poker with serious players and I’ll say this: I do not think Trump is trying to ‘make his base happy’ or ‘laying the groundwork for his own network.'”

He continued, explaining why he thinks Trump’s real motivation is saving his greasy orange skin from the inevitable criminal charges and legal proceedings that undoubtedly await the former Celebrity Apprentice star the moment he exits the White House in January—whether he likes it or not.

I’m no political pundit but I grew up w a dad who was a federal prosecutor & he taught me a lot & I’ve also sat a fair amount of poker w serious players & l’ll say this: I do not think Trump is trying to ‘make his base happy’ or ‘laying the groundwork for his own network’…

…which is to create enough chaos & anxiety about peaceful transfer of power, & fear of irreparable damage to the system, that he can cut a Nixon-style deal in exchange for finally conceding. But he doesn’t have the cards. His bluff after ‘the flop’ has been called in court…

I will allow that he’s also a whiny, sulky, petulant, Grinchy, vindictive little 10-ply-super-soft bitch who no doubt is just throwing a wicked pout fest & trying to give a tiny-hand middle finger to the whole country for pure spite, without a single thought for the dead & dying

Let's just hope he's right. If the president has committed treasonous offenses, he absolutely needs to own up to them in a court of law, just like literally any other American citizen would. Let them drag him out kicking and screaming, if that's what it takes. Our democracy deserves better!