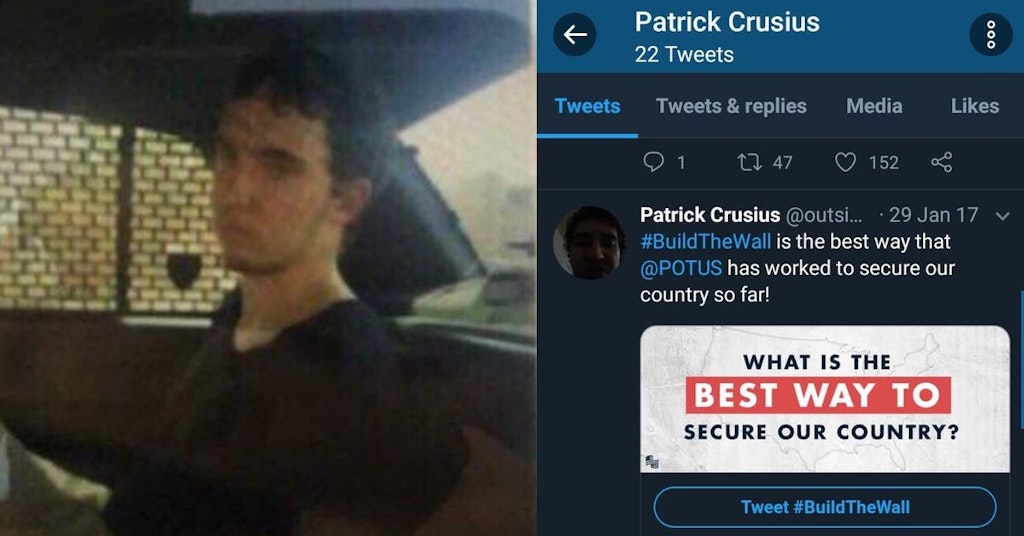 Crusius was taken into custody by police without any shots fired by the police, a rare occurrence in mass shootings. Soon after his arrest, a document many suspect was written by Crusius began circulating on social media, according to Slate.

The racist and anti-immigrant screed first appeared on 8chan shortly before the shooting began.

Reporter Scott Stedman shared quotes from the document on Twitter. Admins for various social media platforms have been working to remove the manifesto, according to CNN, but it has been difficult to keep taking it down. We will not be sharing it here.

Before sharing quotes, Stedman emphasized that is hasn’t been confirmed that it is connected to Crusius, but is being investigated seriously by the FBI:

NOTE OF CAUTION: This is not confirmed to be the manifesto of the shooter. It is a manifesto being taken seriously by the FBI. That is why it is newsworthy. The details in the files uploaded by the person match the descriptions of the shooter and weapon.

The manifesto is 4 pages long. It is vile, references white supremacist literature and is filled with seething hatred towards Hispanics and immigrants.

“In general, I support the Christchurch shooter and his manifesto. This attack is a response to the Hispanic invasion of Texas. They are the instigators, not me. I am simply defending my country from cultural and ethnic replacement brought on by an invasion,” the author wrote.

There are also references from the writer that they are “against race mixing,” a white supremacist tenant. The last know address for Crusius is in a suburb of Dallas, but El Paso is just across the border from Mexico.

Thought it hasn’t been confirmed that the shooter is connected to the document, screenshots shared by Heavy of Crusius’s Twitter account indicate that he as a Trump supporter who was in favor of building a wall and deporting immigrants:

The writer of the manifesto claimed that they did not do much preparation for their planned attack, but they expected to die in the altercation. They also wrote that to be taken into custody was “far worse than dying.”