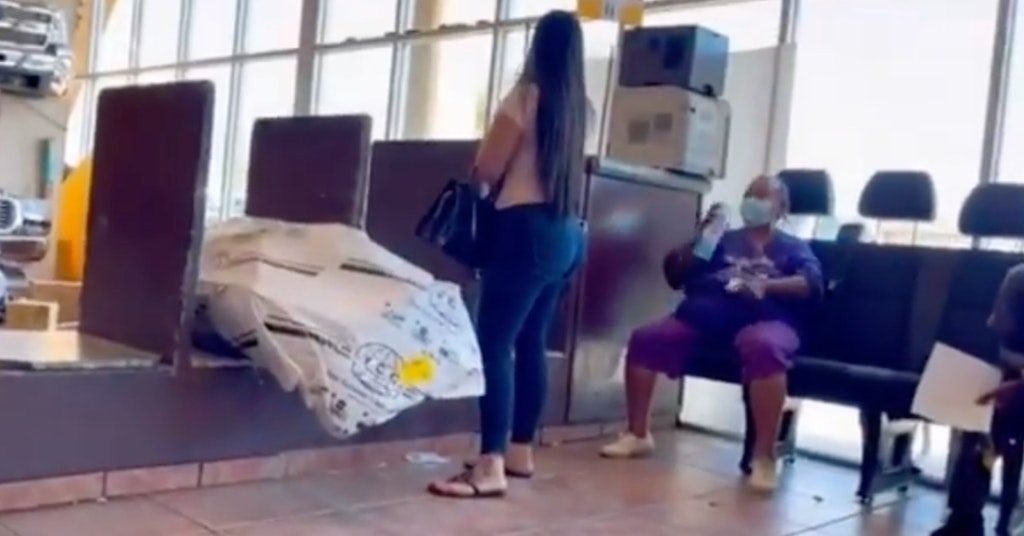 One elderly woman trying to keep herself safe during the pandemic had no problems giving a Lysol shower to an anti-masker standing way too close to her for comfort.

Video circulating on social media shows a bunch of people in some sort of waiting room, with the woman in question sitting down in a seat near a counter. Another woman without a mask is waiting at the counter for service when the Lysol hero starts spraying the disinfectant in the air.

To be clear, she doesn’t aim it at the other woman, she simply sprays it all around herself, though a narrator in the video claims some of the droplets did get on the maskless woman.

“I will spray you like an insect and stomp your ass in this building,” she tells the inconsiderate anti-masker. “Don’t get it twisted ‘cause I’m old.”

A few inaudible words are exchanged before the seated woman tells her to “kiss my motherf—king ass.”

It’s unclear exactly when or where the video was taken, but it likely took place long after we knew masks were helpful to prevent the transmission of COVID-19.

And folks online were obviously siding with the older lady over that anti-masker refusing to show some consideration for other in public.