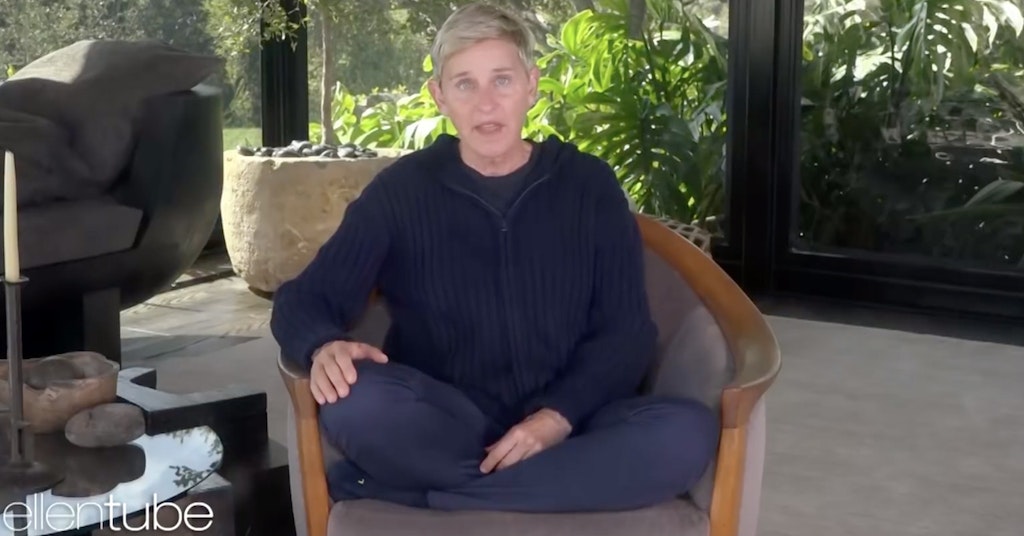 Ellen DeGeneres is facing serious heat after she said in her first show filmed at home that being quarantined is like “being in jail.”

This is the first episode DeGeneres has filmed since quarantining for the past three weeks. She started off by applauding those who have continued to work during the coronavirus outbreak, including doctors, hospital workers, truck drivers, and supermarket employees.

DeGeneres then moved on to talking about how quarantine has been going for her and her wife, Portia de Rossi.

“This is like being in jail,” DeGeneres said. “Because I’ve been in the same clothes for ten days and everyone in here is gay.”

DeGeneres laughed at her own joke before continuing, saying she just wanted to share words of encouragement during these uncertain times.

Viewers were not impressed with her comparison to prison, and many weren’t surprised.

DeGeneres is not the first person to make jokes about prison during quarantine, and many are fed up.

“Putting humans in cages is not funny,” Twitter user @shanakn tweeted. “Things that happen there are not funny. And anything you’re going through right now in your apartment (or your f*cking mansion, Ellen) is not comparable.”

Some called on DeGeneres to give her money to a charitable cause and help prisoners.

Others criticized DeGeneres for comparing her situation to being in jail, while others are putting their lives at risk by continuing to work.

After the “Imagine” cover celebrities thought was a good idea, some Twitter users said they are just sick of hearing from celebrities in general during this pandemic.

DeGeneres has not yet publicly commented on this controversy.