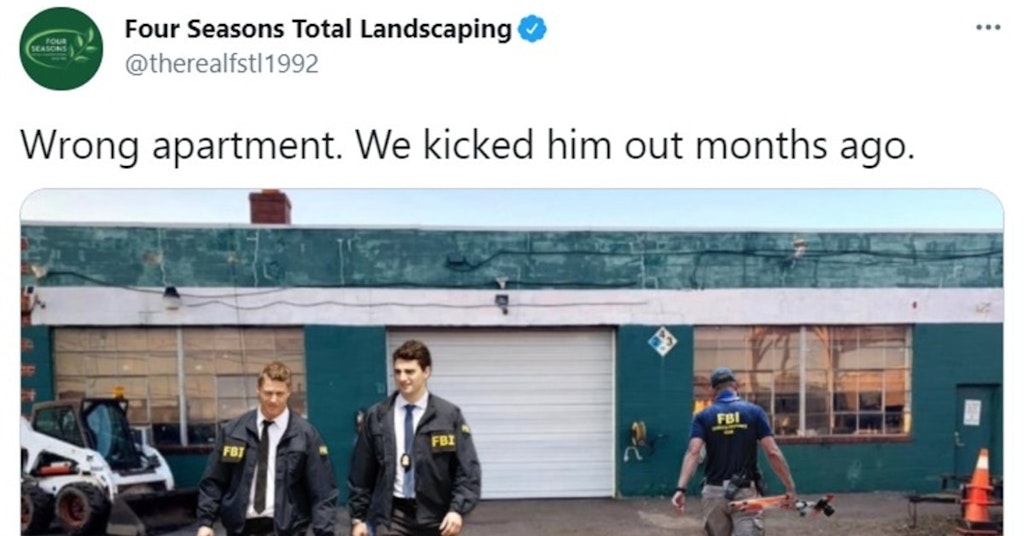 Federal investigators executed a warrant to search former Trump lawyer Rudy Giuliani’s apartment and office today as part of their criminal investigation into his frequent trips to Ukraine and whether he broke lobbying laws during the Trump presidency.

According to The New York Times, this move represents a “major turning point” in a years-long case against Giuliani and is a rare one to take against any lawyer—rarer still for an attorney of a former president.

This investigation stems from (but is not limited to) the allegations that Donald Trump engaged in a quid-pro-quo with Ukrainian leaders, asking them to dig up dirt on former political rival Joe Biden. Trump earned himself his first impeachment for that move, yet Giuliani continued to meet with contacts in Ukraine during and after the proceedings.

Since then, the United States Attorney’s office and the FBI have been trying to get a warrant issued to search Giuliani’s home and office but were repeatedly blocked by Trump appointees in the Justice Department. With Merrick Garland as Biden’s attorney general, however, they got the go-ahead for the search.

In addition to the alleged quid-pro-quo, investigators are looking into whether Giuliani worked for officials in Ukraine to oust former U.S. ambassador to the country Marie L. Yovanovitch. Giuliani reportedly targeted Yovanovitch because he felt she was getting in the way of his efforts to convince Ukraine to dig up dirt on Joe Biden and his son, Hunter, and was ultimately able to convince Trump to fire her.

According to another report by the Times, he may have had additional motivations for wanting Yovanovitch out involving other potential clients in Ukraine who allegedly offered him hundreds of thousands of dollars for his work. When confronted with this, Giuliani claims he turned the offer down.

Giuliani’s own lawyer is, of course, very upset about the search.

“What they did today was legal thuggery,” said Robert J. Costello. “Why would you do this to anyone, let alone someone who was the associate attorney general, United States attorney, the mayor of New York City and the personal lawyer to the 45th president of the United States?”

Search warrants are a fairly routine legal mechanism for seeking evidence to criminal activity without the permission of the occupant of the space they want to search but under the approval of a judge who agrees that the search is necessary and reasonably likely to find something. But a lawyer should really know that.

Meanwhile, the public is back on the “Four Seasons Total Landscaping” jokes after the company itself tweeted out a great one saying that they “kicked him out months ago.”