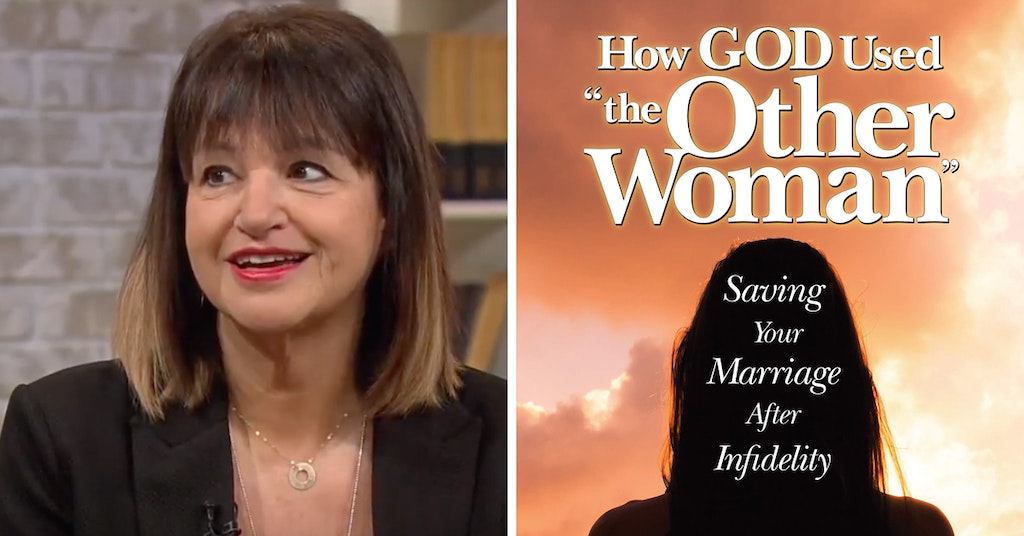 Focus on the Family is an extremely conservative Christian organization with some pretty backward ideas about how men and women should conduct themselves in marriage. Think of the most retrograde concept of heterosexual union you can imagine and then make it slightly worse. Women are Wives and men are Men.

The Friendly Atheist reports that a new book is published by the organization recommends women who have been cheated on by their husband take a long hard look…at themselves.

How God Used “The Other Woman”: Saving Your Marriage After Infidelity is written by Tina Konkin, who is an actual marriage counselor. You can tell just from the title that her counseling is pretty focused on one thing only: keeping miserable people married.

To be fair, Konkin knows what she’s talking about. Her husband cheated on her with her best friend, so she put the blame where it belonged. On herself. Just kidding, that’s insane.

But Konkin also thinks God spoke to her after she discovered the affair, and He asked, “What role did you play in this, Tina?” (Hmm, pretty rude question, God.) This is an excerpt from her story about how she answered:

“As I stood in front of that mirror, my reflection gazing back at me, I heard God’s voice loud and clear. I knew I had a choice to make. I could choose to stay in a “victim mode.” blaming everything on my husband and the “other woman,” or I could decide to shed the victim cloak and start exploring my part in this mess…

It was time for me to look at all the negative stuff I’d dragged into my marriage. I have to admit, though, that the question God was asking me was so difficult that I had to brace myself for what I would see. The thought that I had, in any way, participated in the affair or the degradation of my own marriage was like an emotional foreign invader. Holding this question in my mind elicited a nauseous gut reaction.

It was almost too much to take. But one of the principles I had learned in working with hundreds of people on a very personal level was that the way out of this mess wouldn’t include blaming my husband or friend…”

Look, it’s not completely horrible advice. If you want your marriage to survive infidelity (and lots of people do!), you need to think about patterns in that relationship. Is this a one-time thing? Does my partner constantly cheat on me, promise to change, but never does? What else is wrong with our relationship?

The problem is that Konkin is implying that she drove her husband to cheat. Somehow, she’s responsible for his actions, even though he is a grown-ass man. It’s also a suspicious story coming from Focus on the Family, because they basically blame women for everything, including original sin.

Pretty convenient that husbands are no longer even responsible for having sex outside marriage. Pretty darn convenient.