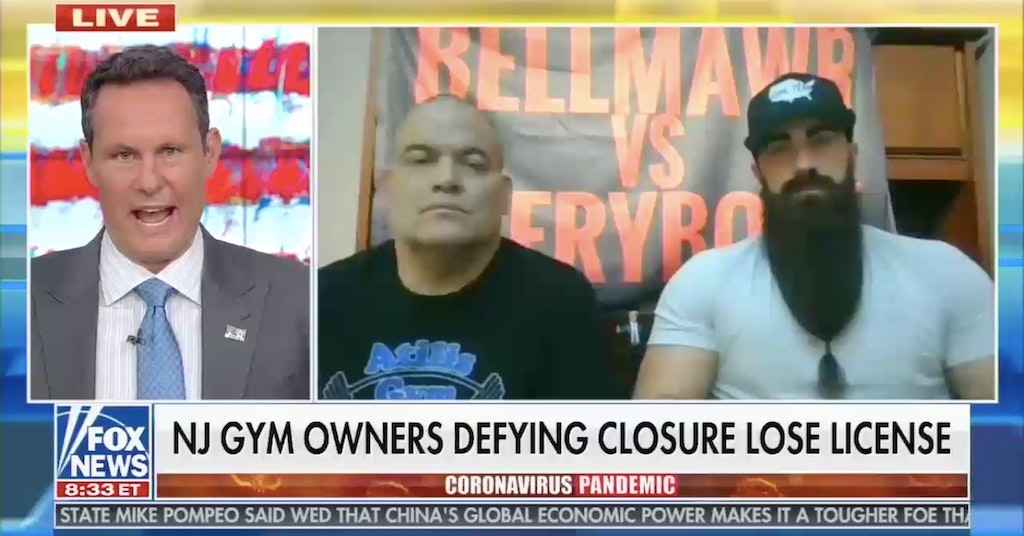 Atilis Gym in Bellmawr, New Jersey, has made a real name for itself by defying public health orders. The gym got a fair amount of coverage on Fox News on various programs, giving co-owners Frank Trumbetti and Ian Smith the opportunity to share their horrible ideas far and wide. Media Matters says they have appeared on Fox close to 20 times since the pandemic began.

Now, they’re offering free membership to anyone who refuses to get the COVID-19 vaccine. This is supposedly in response to Krispy Kreme offering free donuts to people with proof of full vaccination.

Smith and Trumbetti seem thirsty for attention, promoting not only their gym, but conspiracy theories about COVID-19, like in this interview from August with Brian Kilmeade where Trumbetti said that the shut down was intended to keep people out of the gym and “unhealthy” because they…want a spike in cases?

The press hasn’t been all good, because it brought up an old story about Smith. He killed a teen boy named Kevin Ade while driving drunk in his pre-celebrity years. That story circulated last May, but it hasn’t prevented the two gym owners from risking even more people’s lives for press.