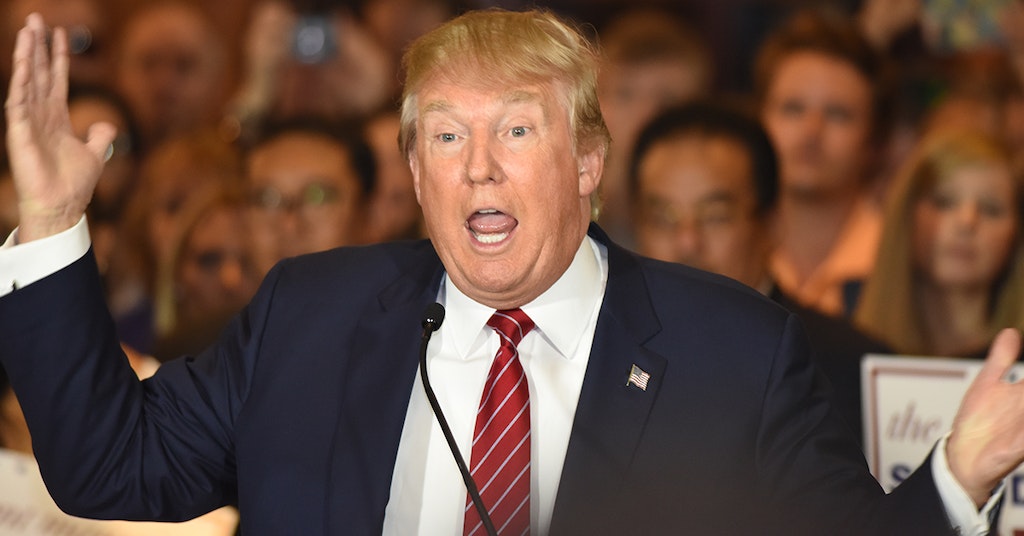 Faced with a world of social media that doesn’t want him, Donald Trump has finally created his own website to serve as a place where he can dump his thoughts—and give him money, of course.

The former president launched From the Desk of Donald J. Trump on Tuesday, although it also includes the rambling messages he’s sent to his supporters in weeks prior.

The site features very little: a blog-style list of statements from Trump himself, with the ability to share them to Facebook or Twitter but no ability for commenting, a place to buy Trump merch, a link to donate to him for whatever reason, and an email sign up link in which he refers to himself as “President Trump.”

It’s the emphasis on allowing viewers to turn around and share his posts to their own socials that seems particularly relevant.

Trump was banned from Twitter and Facebook following the Capitol riot on January 6, due to his incendiary language that many felt inspired and encouraged the rioters to attack the building. Just this morning, Facebook’s Oversight Board voted to uphold the ban from both Facebook and Instagram, but will reassess over the next several months.

After he was initially banned from his favorite place to scream into the void, Twitter, and Parler got taken down, Trump started making claims that he might launch his own social media platform.

Fox News reported on his new site as his “new communications platform,” leaving readers to wonder whether this was that teased new social media or not.

According to Jason Miller, who worked on the Trump re-election campaign, it’s not, but they’ll “have additional information coming on that front in the very near future.”

No matter what you call it, the new website isn’t exactly what people were expecting from a guy with supposedly enormous resources.

No matter how hard he tries, Trump just isn’t going to have a platform on Twitter again. But it’s almost fun to watch him try.