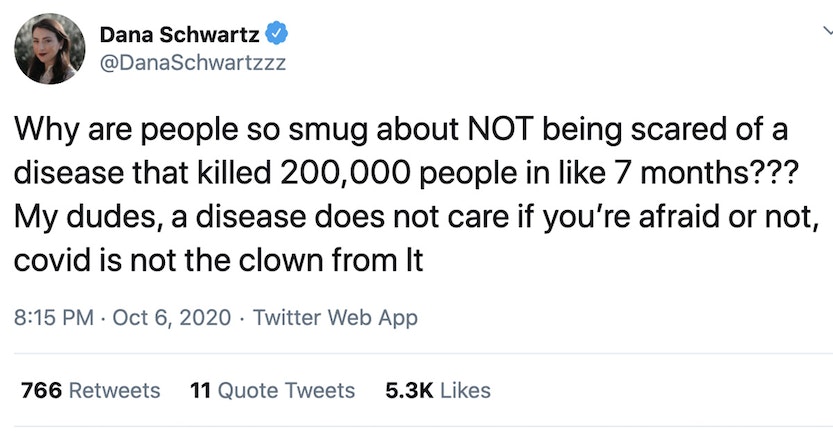 It’s been a heck of a week. Trump was released from Walter Reed after being treated for COVID-19 and proceeded to release a bunch of weird videos. It became increasingly likely that the White House rose garden announcement of Trump’s Supreme Court nominee Amy Coney Barrett was a “superspreader event.” Vice President Mike Pence and Senator Kamala Harris debated and, yes, a fly landed on Pence’s head. Oh, and Claudia Conway posted a video of her mom cussing at her.

Whew. To help you decompress from all the crazy news we’ve compiled a list of the funniest tweets from women this week. It’s how we cope. Go ahead and take a look, you deserve a little self-care.