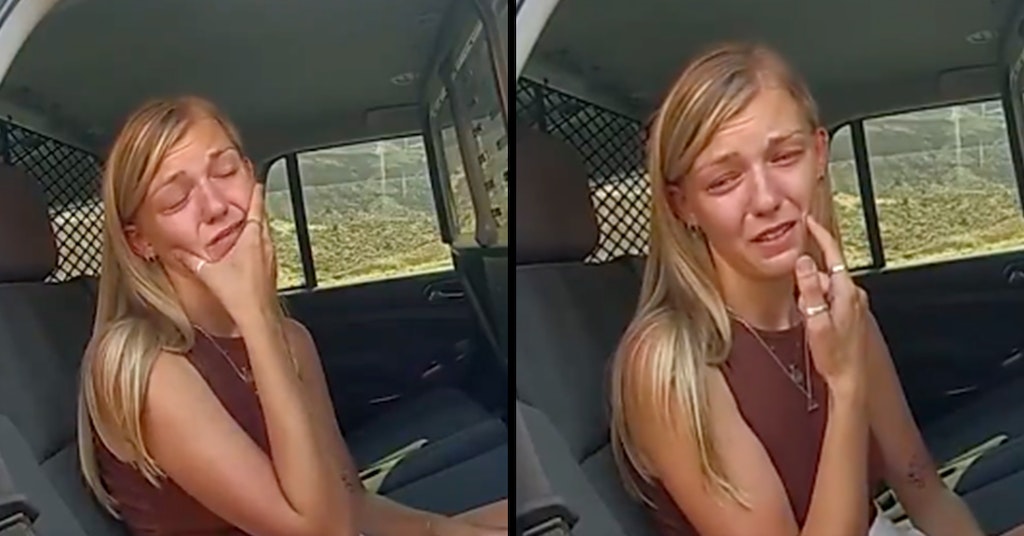 New bodycam footage has been released from the police interview with Gabby Petito and Brian Laundrie following reports of a domestic altercation, in which Petito tells officers her fiancé struck her.

Much has been made of the initial bodycam footage, which showed the van-life blogger, whose body was discovered last month in Wyoming, telling officers that she had slapped Laundrie. He backed up her statement and showed officers scratches on his arms, causing them to separate the two and assume Petito was the one causing problems.

However, that was somewhat at odds with the 911 call that led to officers tracking the couple down in the first place. The caller claimed to have seen Laundrie slapping Petito and was concerned about her safety.

In the newly released nearly hour-long footage, more of the conversation between police and the couple is audible. Petito tells the officer that she hit slapped Laundrie across his face after he kept telling her to shut up. The officer then asks if he hit her, to which she replies “I guess, I guess, yeah, but I hit him first.”

After the police interaction in Moab first became public knowledge, people wondered why nothing more came of it, as Petito was clearly in distress throughout the initial footage, even if hindsight gave us a clearer look into what was going on at the time.

But with this new footage, the criticisms have already been amping up.

The search is still on for Laundrie, who disappeared from his parents’ home before Petito’s body was discovered.