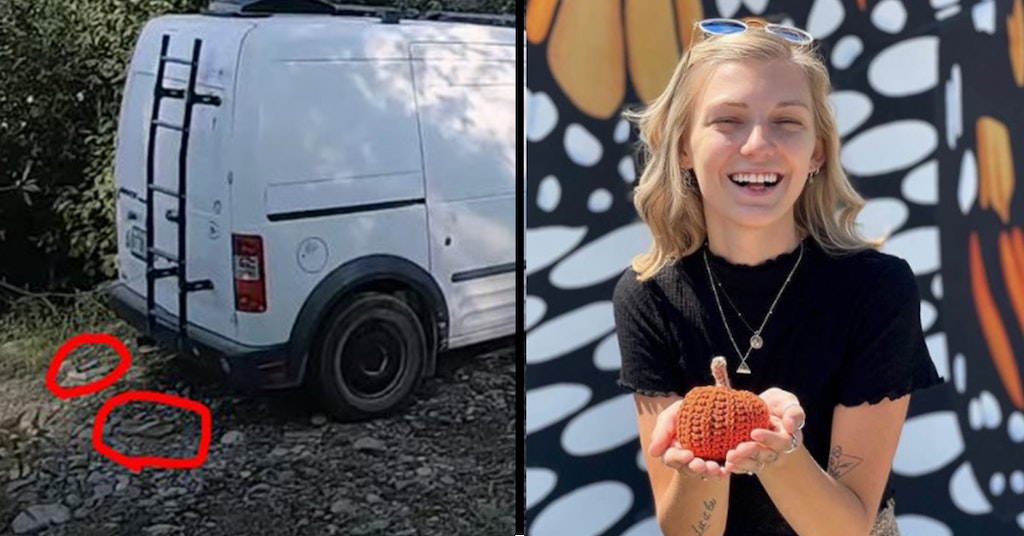 The internet has been paying rapt attention to the disappearance of 22-year-old Gabby Petito, who hadn’t been heard from since late August. But over the weekend, a body was found near the edge of Wyoming’s Grand Teton National Park that officials say matches her description.

While Petito’s family lawyer has requested news media to allow the family space to grieve over the likely confirmation of their worst fears, Gabby’s father posted a tribute to his daughter on Twitter after the news broke.

“She touched the world,” he wrote.

Petito had been traveling with her fiancée, 23-year-old Brian Laundrie. He returned to his parents’ home in Florida without her and refused to cooperate with police once Gabby’s mother reported her missing.

On September 17, Laundrie’s parents admitted to law enforcement that they hadn’t seen him in several days, and he is now believed to be on the run.

The Laundrie family’s attorney called the potential discovery of Petito’s remains “heartbreaking” and said that the family “prays for Gabby and her family.”

Petito’s disappearance received national attention, and people online tried to investigate from their computers the best that they could while the police combed the area where Petito and Laundrie were believed to have last been.

As a result, a number of tips rolled in as the search intensified, and one video taken by vloggers may have been key to finding what is believed to be Petito’s body in the vast search area.

Jenn and Kyle Bethune said they were editing footage of their own trip when they realized they had driven past a van matching the description of the one driven by Petito and Laundrie on August 27. It was parked on the side of the road, and the vloggers said it appeared dark and empty inside. But a closer look also revealed a cell phone and a flip flop resembling one Petito had been seen wearing on the ground just outside the vehicle.

The Bethunes said they were made aware of Petito’s disappearance by commenters online, and turned the footage over to the FBI.

“I am so sad that we couldn’t bring her back alive, but to be able to bring her back home to her family or to help with that is everything,” Jenn told Fox News.

An autopsy is scheduled to be performed on the remains to confirm that they do, in fact, belong to Petito, as well as to ascertain cause of death. Meanwhile, the search for Laundrie continues.