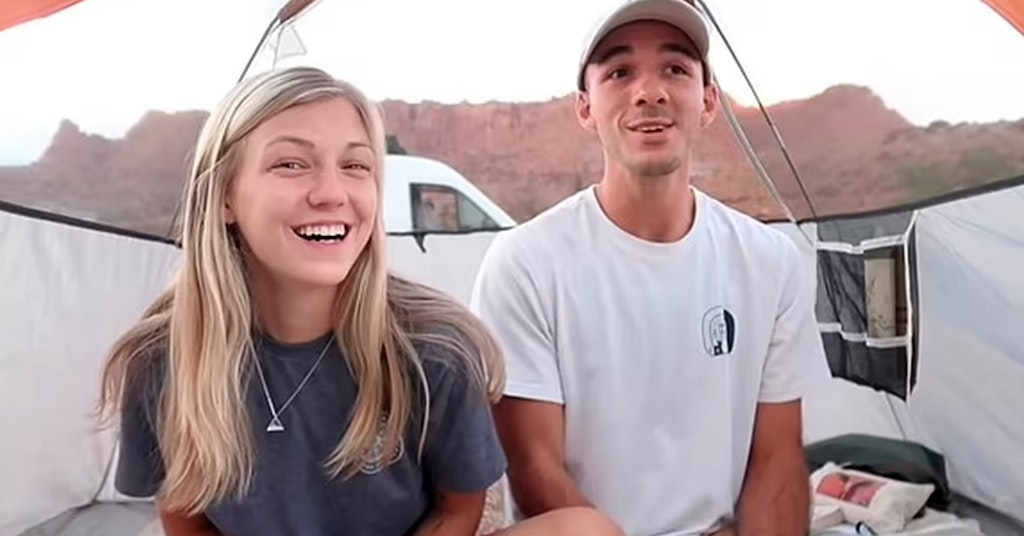 Following the discovery of a body believed to belong to missing van life blogger Gabby Petito, people still remain deeply invested in the case as the search for answers — and fiancé Brian Laundrie, possibly the last person to see her — continue.

A September 17 search warrant was unsealed this week, revealing the “odd” final text Petito’s mother received from her daughter’s phone, which left her concerned that Gabby was in trouble.

“Can you help Stan, I just keep getting his voicemails and missed calls,” the text read, according to police.

“Stan” refers to Petito’s grandfather, but the text set off alarm bells for Gabby’s mother, Nicole Schmidt, as her daughter never referred to him by his first name.

The text was sent on August 27, around which time the family also noticed she was no longer posting about her journey on social media.

The search warrant also revealed that phone and text conversations between mother and daughter over the course of the trip left Schmidt with the impression that tensions between Petito and Laundrie had been growing.

Petito was ultimately reported missing on September 11, ten days after Laundrie returned home to Florida without her and two and a half weeks after the last confirmed conversation Schmidt had with her daughter over the phone.

On September 19, a body was found in a Wyoming national park consistent with Petitio’s description. Just five days earlier, Laundrie disappeared from his parents’ home and police have been unable to find him since.

The North Port Police Department released a statement prior to the discovery of the body, calling Laundrie a “person of interest” and stressing that “he is not wanted for a crime.”

However, as more and more concerning things come to light — including the text message and a 911 call reporting Laundrie for slapping Petito during their travels — the public is deeply suspicious of Laundrie’s role in her disappearance and possible death.