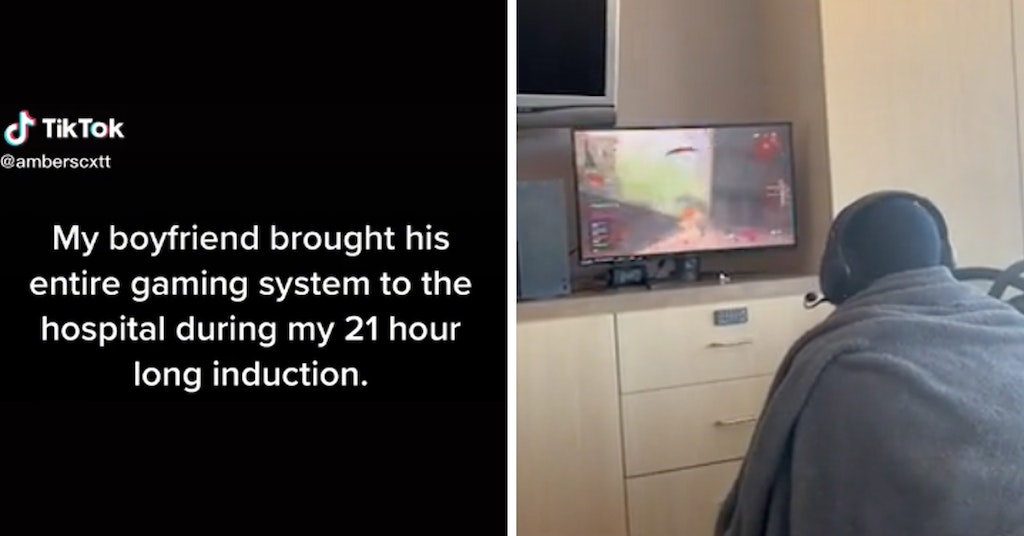 Giving birth is no picnic. Whether you’re in labor for hours or the baby falls out while you’re racing to the ER, the experience is intense. That’s why you need a labor partner! Hopefully, it’s someone who is going to be present for you, hold your hand a little bit, do a crossword puzzle or read a trashy magazine with.

Well, one TikTok user who recently gave birth shared a story about what her boyfriend did while she was in labor: he brought his entire gaming rig to the hospital.

User @amberscxtt posted a video of her boyfriend playing video games in her hospital room, captioning the film “Men bring something to keep you occupied during an induction.” She wrote that her boyfriend “brought his entire gaming system to the hospital during my 21 hour long induction.”

The video has been viewed over 2 million times.

Look, labor can be extremely boring, especially if you’ve been induced. So it’s good to be occupied. But is bringing an entire gaming rig going over the top?

Some folks in the comments section were not impressed while others were fine with @amberscxtt’s boyfriend’s method of passing the time.

@amberscxtt defended her boyfriend, saying “you wanted us to stare at each other for 21 hours? He was available when I needed him the entire time.”

The family who games together?