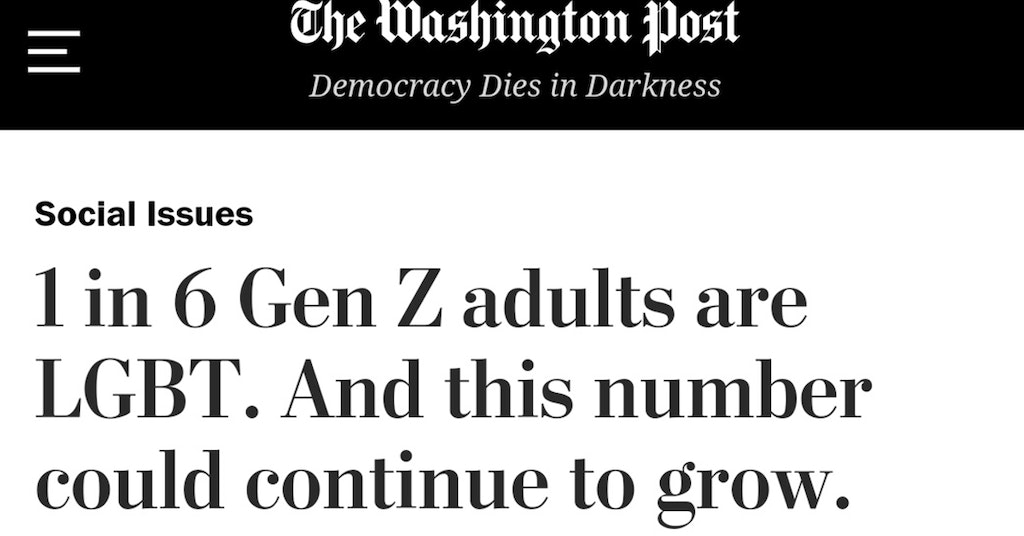 A recent article by The Washington Post about the high number of LGBTQ+ persons in our youngest named generation caught attention from the online queer community for its headline, which many people thought had a bit of an ominous tone to it. The article, titled “1 in 6 Gen Z adults are LGBT. And this number could continue to grow,” actually puts a positive light on this seeming increase in diversity among Generation Z.

But as Twitter user Lily Simpson noted, it does sound a little bit threatening.

The increase in the proportion of queer and trans folks in younger generations is largely attributed to the fact that being true to oneself and coming out of the closet are much safer activities than they were just a couple of decades ago.

With more representative in media and politics, more laws safeguarding their rights against bigotry, and a decreasing tolerance for homophobia and transphobia, young people are exploring their gender and sexuality in ways previous generations could not.

Unfortunately, there are still plenty of bigots out there, and there is little doubt that those people will take this as a threat to their view of the world. The queer community, recognizing the opportunity to mess with them (and poke a little fun at the Post while they’re at it), delivered the jokes at nearly a higher rate than the kids are turning gay.

Enjoy a selection of the top entries, which will definitely not make you gayer for reading them: