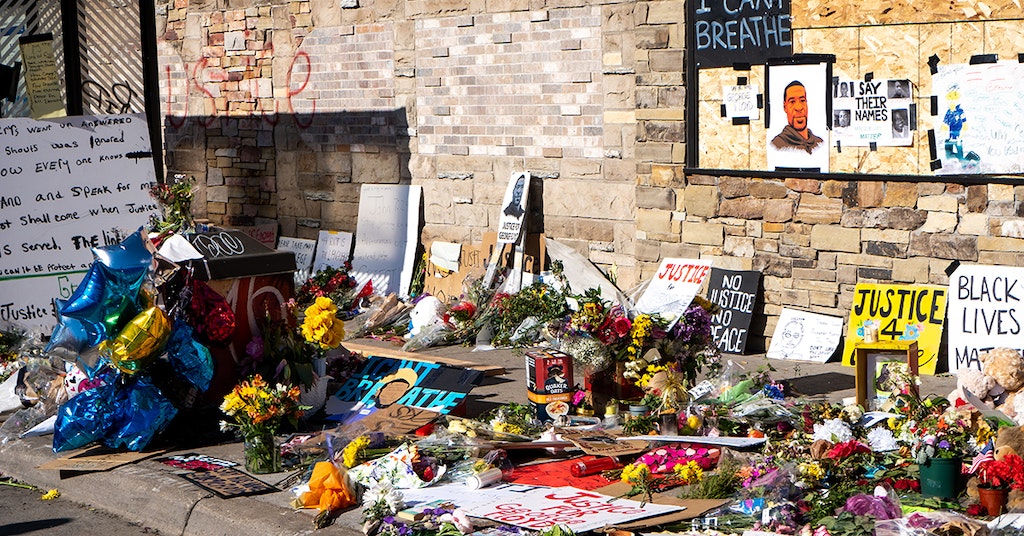 Conservatives are showing their nastiest side as they celebrate the destruction of a George Floyd mural in Toledo, Ohio.

After witnesses claimed to see lightning strike the wall housing a mural featuring Floyd’s likeness, it didn’t take long for conservatives who believe Floyd’s past crimes justify his murder at the hands of cops to call it an act of God.

“Even God” trended on Twitter after the news broke, as Christians apparently turned back to the idea of a vengeful God presented in the Old Testament, something they so often do when natural disaster strikes anything or anyone they despise —but never, of course, when it affects their own.

As soon as Floyd’s murder at the hand of then Minneapolis police officer Derek Chauvin kicked off a wave of protests against police brutality last summer, some right-leaning people have pointed to his criminal history as anything from proof of cosmic retribution to the justification for murder to being reasons he should never have become a symbol in the fight against police brutality.

That these same people are now celebrating the destruction of a mural featuring his likeness holds no surprises, and insinuating that “even God” finds some sort of glee in Floyd’s death by claiming he is responsible for the mural’s desecration demonstrates the lack of empathy that has come to define these unhinged people to the rest of us.

Despite the destruction, Toledo Mayor Wade Kapszukiewicz has already promised that the mural will be replaced in some way or another, working with the original artist, David Ross, and finding a new location if necessary.

Unfortunately, the wave of ugliness this unearthed won’t be painted over with a few brushstrokes — but it won’t be the narrative allowed to remain standing, either.