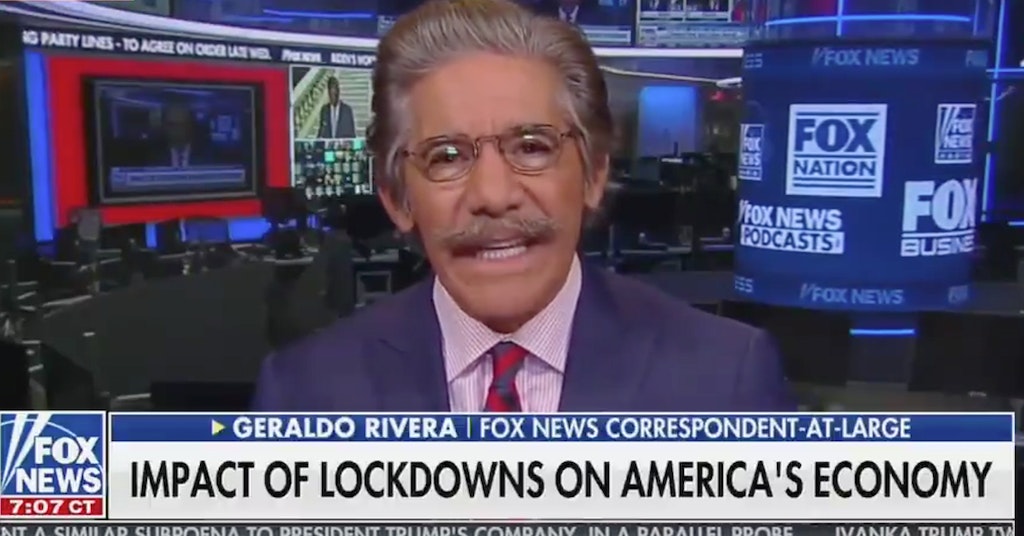 
Donald Trump lost the election to Joe Biden, but he is firmly in denial about that. As Trump and the GOP try to figure out new ways to try to overturn the results of the election, the president’s mouthpieces are running around trying to pacify him. Fox News correspondent Geraldo Rivera was invited Friday morning’s Fox & Friends to share some of his ideas for helping the president.

"With the world so divided and everybody telling him he’s got to give up and it’s time to leave and time to transition and all the rest of it, why not name the vaccine 'The Trump?'" suggested Rivera. "Make it like, 'Have you gotten your Trump yet?' It would be a nice gesture to him, and, years from now, it would become just a kind of generic name."

It kinda feels like this is a suggestion that Trump gave Rivera to suggest, doesn't it? The man is desperate to be associated with the vaccine even though both Pfizer and Moderna have gone out of their way to say they did not accept government money.

That's not what Rivera said, though.

He continued, "I wish we could honor him in that way because he is definitely the prime architect of this Operation Warp Speed, and but for him, we'd still be waiting into the grim winter for these amazing, miraculous medical breakthroughs."

People aren't too enthused about the idea of having Trump injected into their bodies, but they did have some alternative ideas for what could be given the president's name:

But largely, folks were disgusted that anyone is still considering Trump's feelings in this situation:

My dream is never having to hear Trump's name again.