Naming all 50 states can be rough. A lot of Americans can’t even seem to do it, let alone people who have never even visited our country. And pulling up a map and asking someone to not only name all the states, but identify where they fit geographically in the U.S.? Forget about it.

But one German teen decided he was bored enough to try, and his hilarious results have gone viral.

“Local German Gets Bored And Tries To Name All American States,” @haru_cchii, or Felix, wrote. “i think i did pretty well.” Spoiler: he did not.

Local German Gets Bored And Tries To Name All American States
i think i did pretty well pic.twitter.com/9jWzdEceZf

He’s got some of the bigger, more recognizable states right. But it’s those pesky center states where things start to get wild.

California’s looking good, he’ “100% sure this is Texas” (it is), and “Florida probably” is also a home run. Washington and Wisconsin also made the cut, and, weirdly enough, he somehow managed to accurately locate West Virginia and Arkansas.

However, that’s where his winning streak ends. Multiple states might be Kansas, “Texas 2” is a state we definitely never saw overtaking Minnesota, “Oreo” sounds like something one of the states will be re-branded to in another 50 years, and the desperate quest for Ohio feels like the plot of a sad and aimless road trip movie. 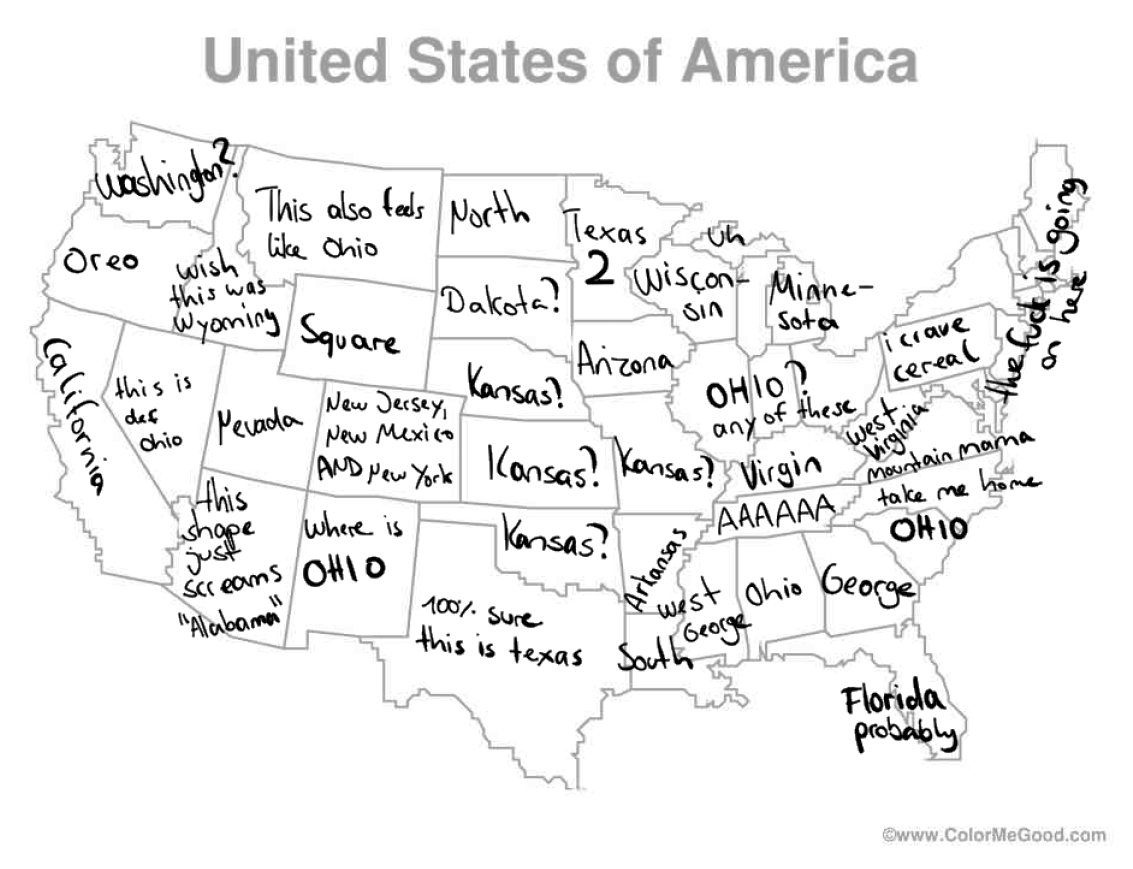 The failure to come anywhere close to success in most of these incidents sparked some amazing replies on Twitter.

Best one or ones pic.twitter.com/B2jQwbzj9K

I hate country too but... every time I have to sing along. LOL

Sharpie in some extra lines on the map, and he’ll need Pompeo’s help!

I live in Cheese Realm

And it was really, really hard to get past that glorious attempt at discovering Ohio.

I swear! I drove from Dayton to Chicago a few weeks ago and I couldn't tell you where Ohio ended and anything else began.

Ohioans probably can’t find Ohio on a map either.

eyy you got Ohio right

But honestly, Felix probably did better than most Americans would. Those midwest and southern states really just indistinctly blend together. And who could even start with that tiny east coast!

Forget a map of Europe, most Americans would probably have similar results with a map of the US.

So hats off to you, Felix! You did your best. And a big apology to Hawaii and Alaska. Let’s be real, no one ever remembers you anyway.