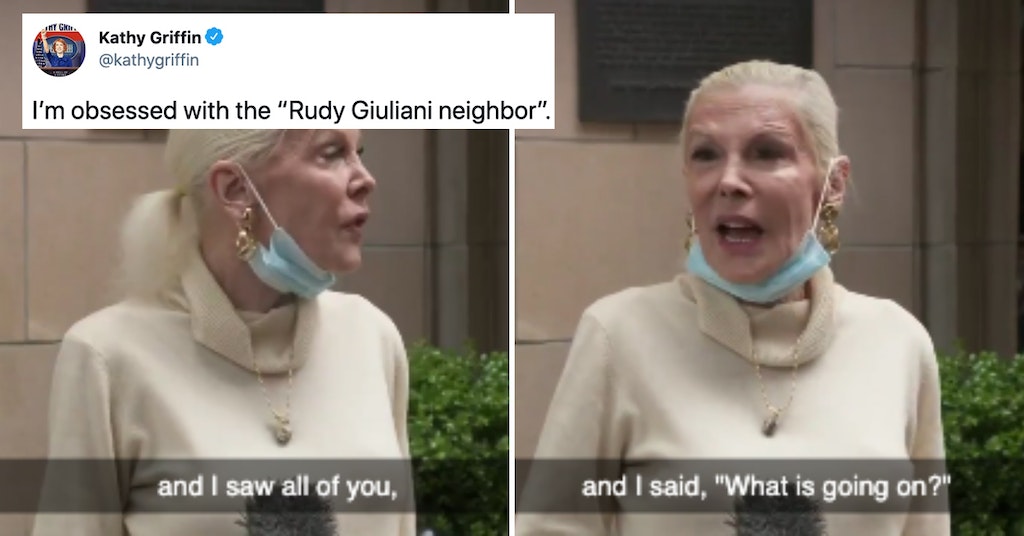 Michele Herbert, 72, who was dressed fabulously (the earrings ALONE!), spoke to the press about her experience after federal agents went into Giuliani’s Manhattan home and office. Giuliani, the disgraced former mayor of New York City—and former lawyer for President Donald Trump, is under investigation for his business dealings with Ukraine.

Herbert said she saw part of the raid and witnessed agents “bringing out a lot of stuff”: “The funniest thing is, my ex-husband called me and said, ‘Have you seen what’s going on?'” said Herbert, who initially had not. “And he said, ‘No, look out your window.'”

Twitter gave Herbert the grand treatment after her press conference, toasting her spectacularity.

Herbert is a fixture on New York City’s social scene and was married to the inventor of the Pantone color system, Larry Herbert, for thirty years.