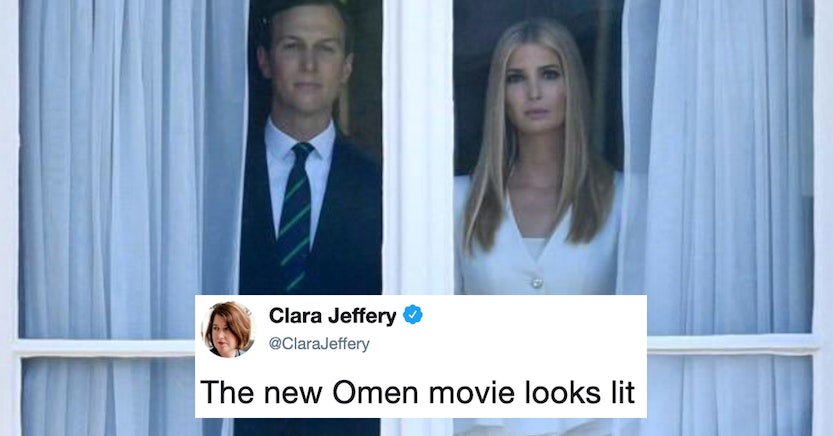 The Trump family visit to the U.K. this week is going about as well as you could expect. It’s a disaster, but it’s a funny disaster. This painfully awkward family may be turning the U.S. into an international laughing stock, but the meme crop is bountiful, so who are we to complain? At least it’s keeping us awake.

From Donald’s ill-fitting tuxedo to the creepy window gazing to the fact that the Trump kids just don’t seem to know the proper way to stand like human beings, everyone is getting a laugh out of this show before they come back across the pond to continue ruining the country.

What Is He Wearing?

People had already speculated that Donald Trump either can’t afford a personal tailor or employs the worst personal tailor on the planet, because nothing he wears ever seems to fit right or look good on him, at all. But this tuxedo really takes it to the next level.

To honor the Queen, Trump wore a tuxedo made from the sail of the HMS Resolute. pic.twitter.com/7RkBdUlB1E

And neither he nor the Queen look very happy about it. But who would be happy when you’re dressed worse than a Loony Toons character?

holy shit even the hair pic.twitter.com/yf05BZAOXt

Trump dresses like how i dressed in 2004 when my tuxedo didn’t fit pic.twitter.com/t50xIQGKkO

Trump's tailor (or some guy at Men's Warehouse) is a member of The Resistance. On the left you have an image of a tuxedo that fits; on the right you have . . . pic.twitter.com/l837arSVOw

Who wore it better pic.twitter.com/lsyH2bA8NE

For reasons no one can seem to explain, Ivanka Trump and Jared Kushner decided to stand in a window like they were acting in a horror film, staring out past the white curtains with their dead eyes. Did no one ever teach these kids how to act like normal human beings? Don’t answer that.

I didn’t know they were remaking The Shining! Terrifying! #IvankaTrump #Trump pic.twitter.com/6UOV2Egwl4

The bloodcurdling sequel to https://t.co/Xn6Au1kgnY

if you made a wes anderson movie even whiter this is what it would look like pic.twitter.com/9NIPuAYUmN

I added the photo of Jared and Ivanka looking out the window to a collage of V.C. Andrews novel covers and honestly it blends in really well. pic.twitter.com/DKDTSMiPwg

The creepy neighbors who homeschool their 17 kids and keep all the curtains drawn and just stare at you unloading groceries pic.twitter.com/Z242wMBMLt

Everybody keeps tweeting the window picture of Ivanka and Jared and all I can think of is this. pic.twitter.com/aXXz107xph

Aside from standing in windows like 18th-century ghosts, the Trump kids don’t seem to know how to stand at all. For people who seem to crave the spotlight, they’re sure awkward once the spotlight is actually on them.

when you skip your standing lessons pic.twitter.com/7s67EsthJq

Even hell has a community theater production of Show Boat pic.twitter.com/kVx8A8glEZ

Ivanka Trump's banquet dress with the Queen went with a Waltons-meeting-Mary-Poppins-for-the-first-time-vibe. How fitting they remembered Eric and the other one. Pity not one member of this family can read Big Ben. #TheVonTappets of @realDonaldTrump. @StephenAtHome,welcome back! pic.twitter.com/VeGJPZGGUI

"For summer vacation I got to go on a pwane and meet the qween."

Tiffany Trump is having a rough week... (the extension is dreadful but the barrettes are unforgivable) pic.twitter.com/TGRnkfdwEi

Do you think Donald will be able to figure out how to walk with the Queen this time? 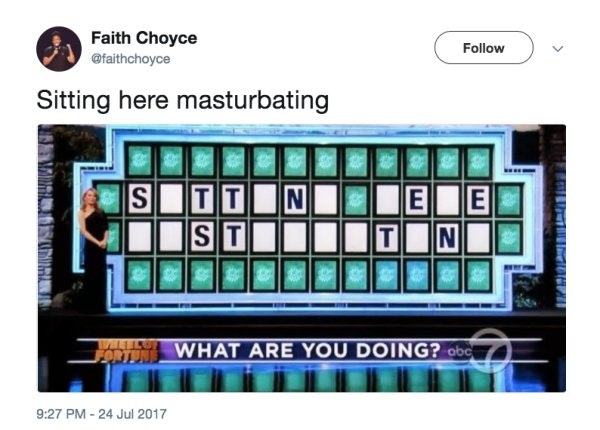