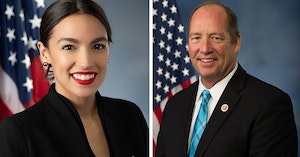 It’s no secret that Republicans are no fans of Representative Alexandria Ocasio-Cortez or her progressive ideas, but Rep. Ted Yoho took things to a new level of personal when he accosted her on the steps of the Capitol on Monday. According to reporters with The Hill who overheard the confrontation, Yoho called Ocasio-Cortez “disgusting” for saying that crime is a result of poverty and unemployment.

“You are out of your freaking mind,” Yoho said. The young congresswoman called him “rude” for these attacks, and that’s when really unloaded. 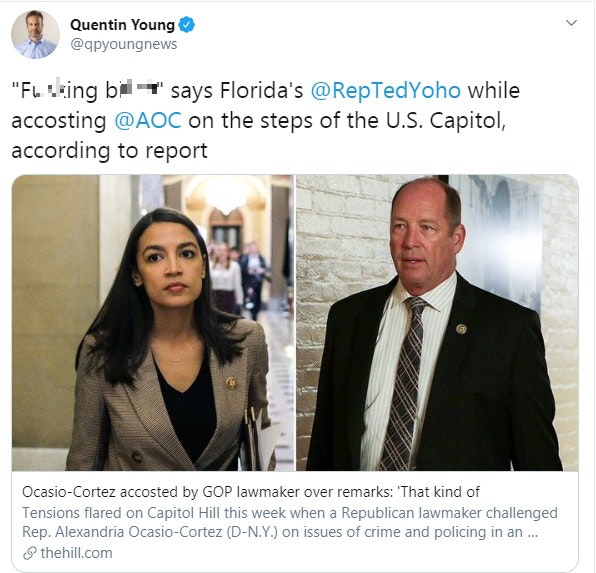 In spite of stark political differences, Ocasio-Cortez says this is the first time she has experienced a fellow member of congress being so aggressive toward her.

“In all these intense news cycles, I have never, ever been treated that way by another member before,” she said. “I’m frankly quite taken aback.”

In classic form, she took the news on Twitter and used it to her advantage. 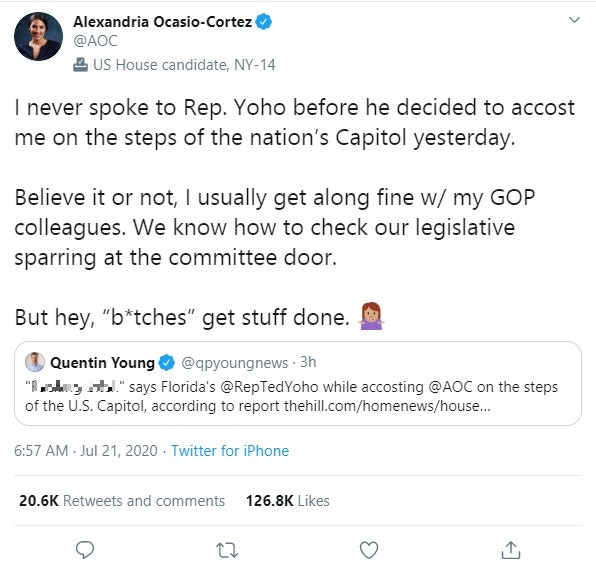 Yoho does not appear to have commented yet on the reports that he has such a potty mouth.

His anger was over a recent virtual town hall held with the mothers of Eric Garner and Ramarley Graham, two Black men killed by police in New York in recent years. When the issue of increasing gun violence in the city was brought up, Ocasio-Cortez put the blame on what many sociologists have targeted at the source of the vast majority of crime — poverty.

“Maybe this has to do with the fact that people aren’t paying their rent and are scared to pay their rent, and so they go out and they need to feed their child and they don’t have money,” she said. “So … they’re put in a position where they feel like they either need to shoplift some bread or go hungry that night.”

“Crime is a problem of a diseased society, which neglects its marginalized people. Policing is not the solution to crime.”

House Majority Leader Steny Hoyer is now calling on Yoho to apologize both personally and publicly to Ocasio-Cortez, and many others are outraged over what he called her and are ready to come for his job.

Will any member of GOP leadership demand Ted Yoho apologize to AOC? Because, they should.

Ted Yoho thinks he can get away with anything he wants because he's not seeking reelection. That's why he needs to be expelled. Also, why is Yoho accosting and cursing out AOC, but none of the men in the House? The misogyny is painfully obvious:https://t.co/RRuxqmjTkC

GOP Rep Ted Yoho should be expelled from Congress immediately for harassing @AOC.

Ted Yoho is my congressman in CD-3. This is who he is. He has no respect, he has no class, and in November he will be out of a job.

Calling any woman a “f*cking B*tch” is indefensible.