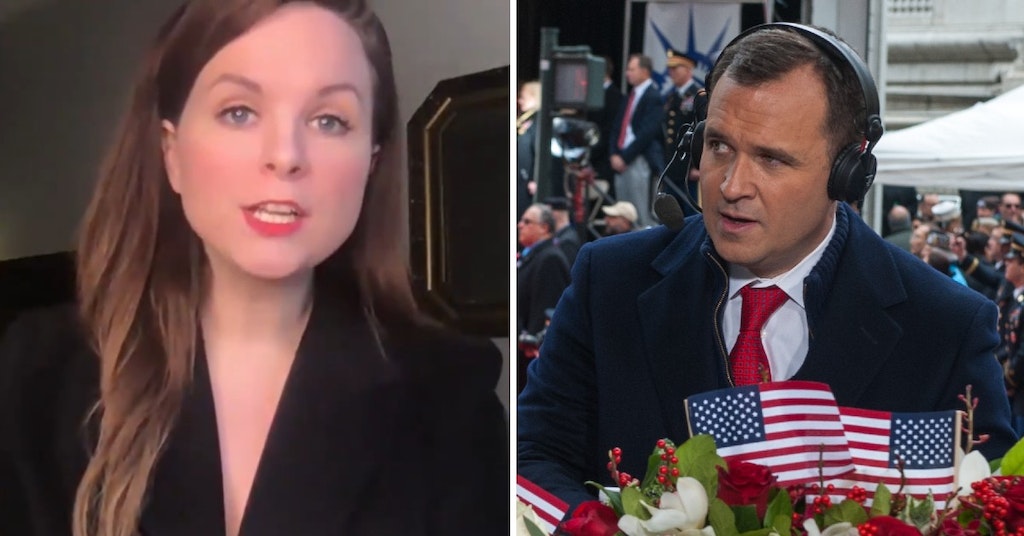 
Greg Kelly, Newsmax host and long-time fan of the “McFish,” is once again making people wonder whether he’s for real after he posted a tweet half-criticizing and half-welcoming Blair Erskine to Ted Cruz’s communications team.

This is presumably related to the Erskine video in which she posed as Cruz’s Director of Communications to explain why he jetted off to Cancun while his constituents froze without power following the massive snow and ice storm that Texas’ infrastructure was not ready for.

Kelly criticized Erskine’s ability to stay on message and claimed she “GOT HITCHED” at “TRUMP DISNEY WORLD,” whatever that is.

Maybe we’re biased, but we do think Erskine stayed pretty well on message when pretending to be Cruz’s communications director, and was at least as effective as Ted Cruz himself in defending his flight to Cancun.

“Yes, Senator Cruz is in Cancún right now, but you know here in his offices we say ‘big whoop,'” she said in the video from February. “Senator Cruz deserves to relax, unwind, unplug, recharge, you know like you would a power outlet. Or his power grid is going to go out, and we can’t be having that.”

Erskine, who became internet famous for her parody videos posing as politicians, Fox News guests, and everyday white lady conservatives, had already taken a special interest in Greg Kelly for his weirdly hilarious tweets. Not 24 hours before Kelly welcomed her “aboard” the Cruz train, she delighted in the news that he had followed her on Twitter.

Kelly may have missed the message that he was “gonna hate it” as one of her followers.

Whether or not Kelly is really like this or is engaging in some kind of long-con to troll conservatives has been an ongoing debate on Twitter and elsewhere, though the fact that he remains a paid employee with the far-right “news” network Newsmax.

Furthermore, when he’s not tweeting weird things about non-existent fast-food sandwiches, he’s calling for police brutality victims like Lt. Caron Nazario to be kicked out of the military for being too afraid of aggressive cops to immediately comply with their contradictory orders.

Kelly was widely condemned as a racist for this one.

Either way, Erskine was so charmed by Kelly following her and welcoming her to Cruz’s comms team that she quickly made him her boyfriend.

Her fans, meanwhile, are simultaneously amused and once again conflicted on whether Kelly is, indeed, for real.