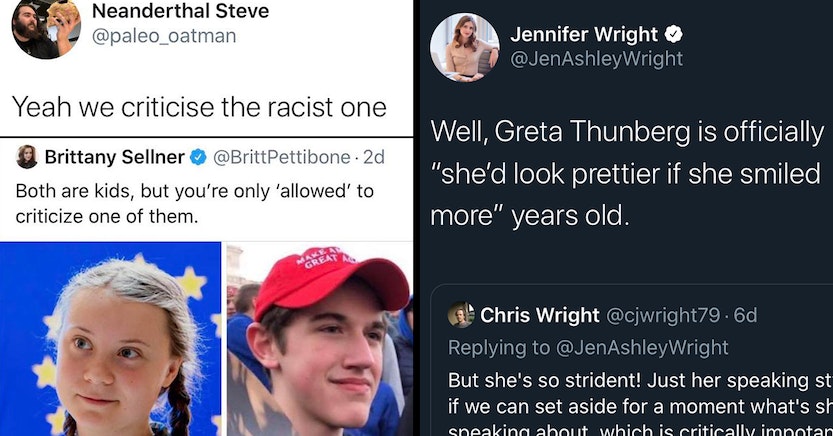 Teen climate activist Greta Thunberg has been making waves with her powerful speeches about how climate destruction is making the future look pretty grim for her and kids like her all over the world. She wants the people in power to sit up and actually do something, instead of just passing ineffectual agreements that don’t lead to real change. She has many supporters who are inspired by her message and tenacity.

She also has a lot of haters, many of whom seem to be angry old men who don’t want their world order shaken. One of those horrible old men is even Donald Trump, who has taken time out from his usual Twitter to meltdown to write snide things about Thunberg.

Thunberg keeps on moving, ignoring the negativity. But her fans are happy to step in and bat away these old creeps with online support. Here are some of the best things people have said about Thunberg, in her defense, in her support, and with a heart full of love.

it’s a competition between right wing guys to see who can say the weirdest thing about thunberg https://t.co/zLO3XFYIIW

When people try to mock you personally instead of engaging the substance of your advocacy, it’s because they know how powerful you are, and that the truth is on your side.

We’re going to save the planet.
All of us, together. 🌎 https://t.co/eRgvMYy2uh

She's not performing surgery or building your house, she's pleading with "leaders" to ACT ON THE SCIENCE. No age limit on asking leaders to lead... BTW I built my parents deck when I was 16, yes an adult helped- that's what Greta wants. Adults to act like adults!

Yeah we criticise the racist one https://t.co/WRsgO8gxLI 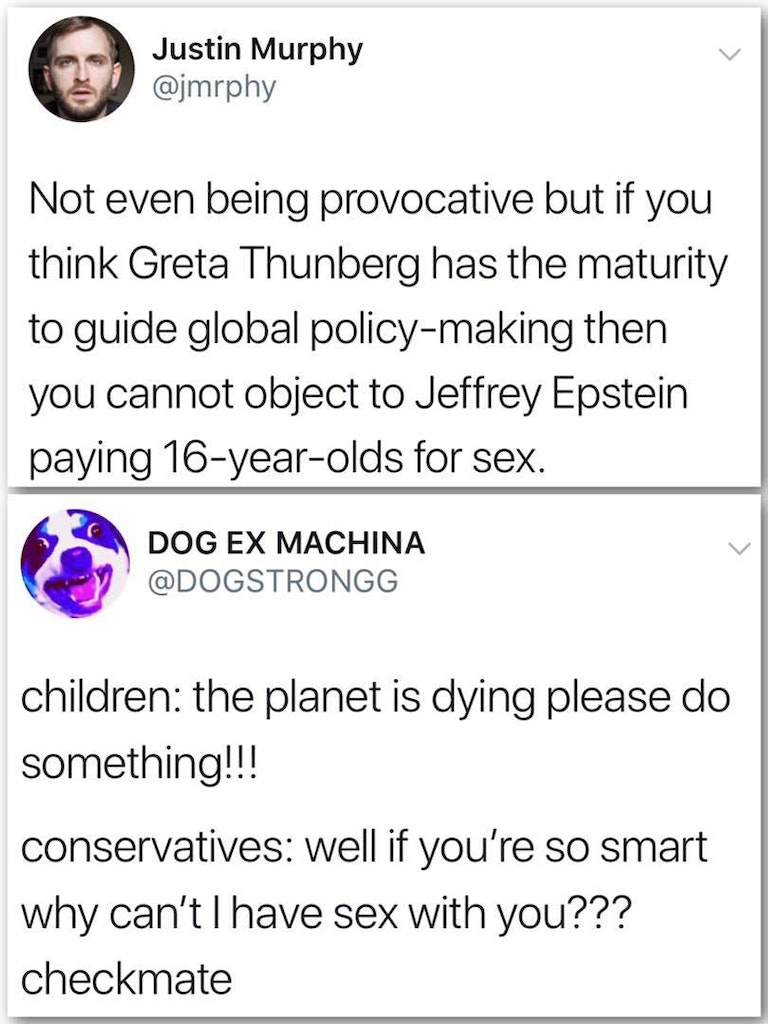 She's 16, autistic, and also not english, and has already accomplished far more in her life than a fat boomercon who impersonates a centrist liberal on twitter https://t.co/mdFAG2UWUV 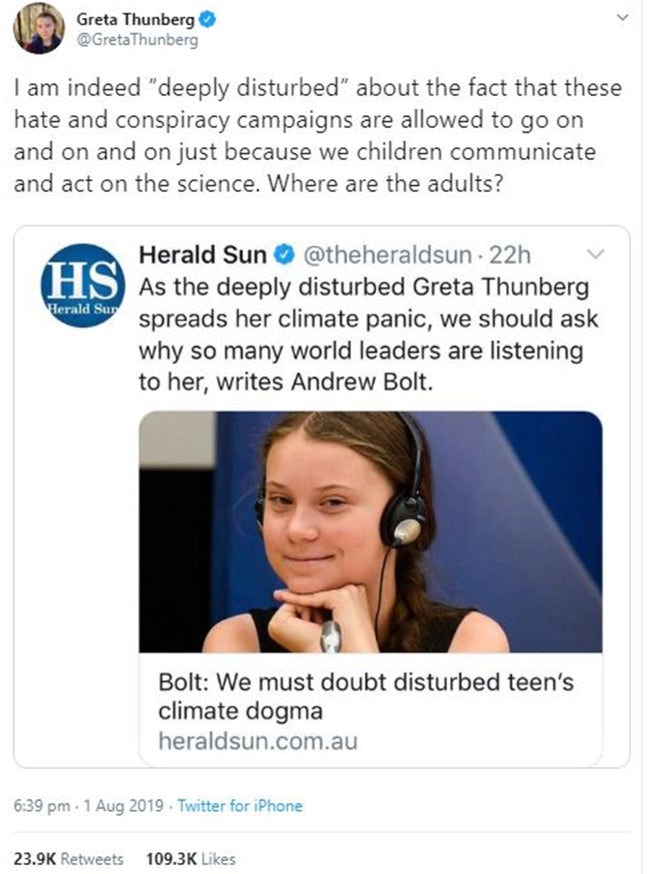 Clearly my sister’s paycheck is more important than the world her three adopted kids will inherit. I can no longer apologize for a sibling who I no longer recognize. I can and will continue to call out the monstrous behavior and the bully commentary born out of anger. https://t.co/afrSuraQqt 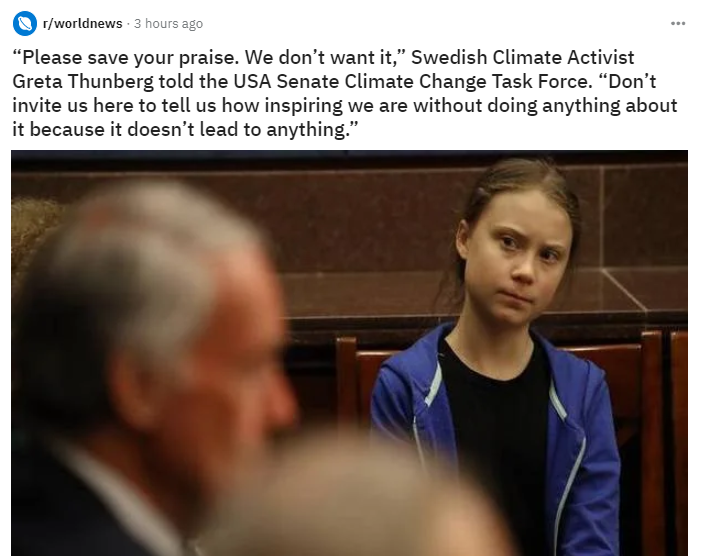