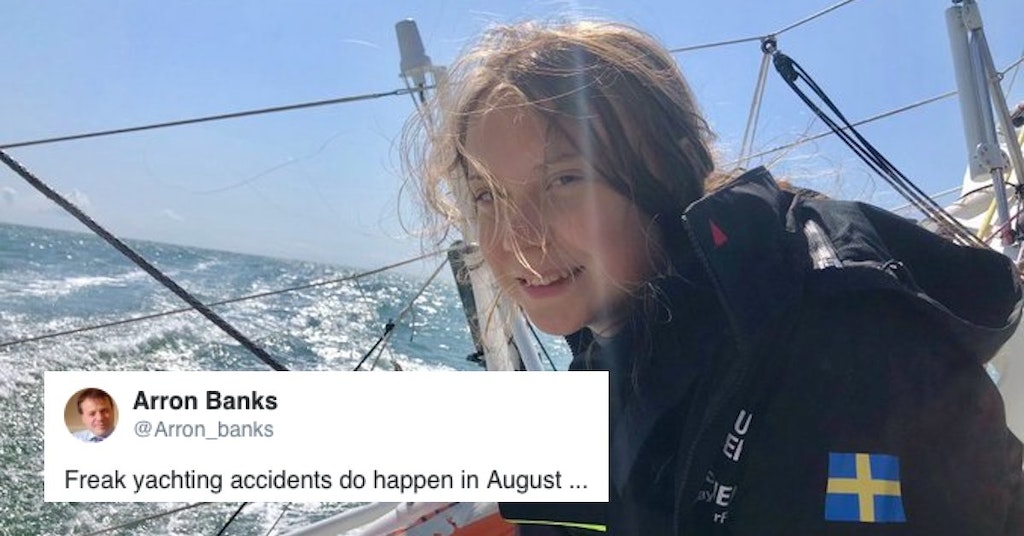 Greta Thunberg is a 16-year-old climate activist, who has been on a mission to bring attention to our rapidly changing planet. Thunberg is from Sweden and is so committed to her activism, she refuses to fly anywhere in a plane.

The Mary Sue reports that she was invited to sail to the United Nations Climate Action Summit on a “a carbon-neutral, zero-emissions, 60-foot racing yacht” that was traveling from England to New York. The trip has given her even more of a platform to discuss her ideals and what she wants to see come out of this summit and a second one in Chile in December.

Good news!
I’ll be joining the UN Climate Action Summit in New York, COP25 in Santiago and other events along the way.
I’ve been offered a ride on the 60ft racing boat Malizia II. We’ll be sailing across the Atlantic Ocean from the UK to NYC in mid August.#UniteBehindTheScience pic.twitter.com/9OH6mOEDce

Most normal adults would see a teen working hard at something they care about as a good thing, but there is a group of adult men who are definitely not normal. They love to attack young people, especially women.

It was a common theme after the mass shooting at Stoneman Douglas High School when students like Emma Gonzalez and David Hogg received an enormous amount of negative attention online after speaking out against gun violence.

Here are just some of the tweets Thunberg has had directed at her, in which she’s infantilized, called a puppet, told to shut up, and even threatened with death:

When you've resorted to a teenage puppet for your public policy argument… you've lost.

Climate bedwetters… the world laughs at this Greta charade. https://t.co/wqdw39KZJp

A 16-year-old autistic Swedish girl lecturing men not to drive fast cars and to recycle jam jars instead on the front page of a "men's magazine" is surely peak masculinity. pic.twitter.com/heq8gVxy57

Most reasonable people see these guys for exactly what they are: weirdos who don’t have any scientific arguments against Thunberg’s activism, just schoolyard taunts:

Most of them are too old to see the end of the planet. They’re just interested in stripping as much as they can before they die, leaving a wasteland for the next generation. Teens know what’s at stake, which is why they’re the people to listen to right now.