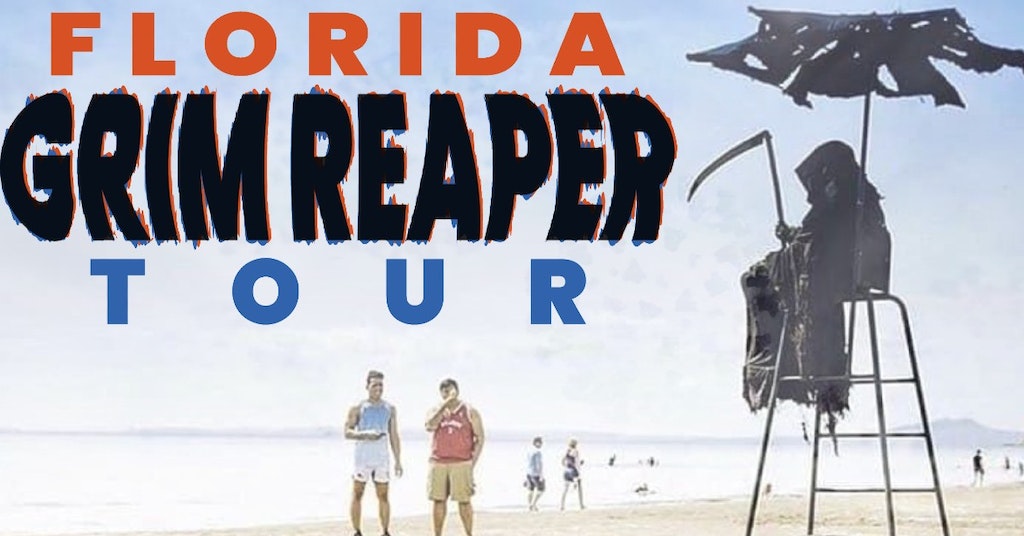 Florida lawyer Daniel Uhlfelder is gaining attention for his plans to tour the re-opened state beaches dressed as the Grim Reaper in order to encourage people to stay home, or at least stay six feet apart, during the coronavirus pandemic. Governor Ron DeSantis has made the decision to open up some of these beaches in spite of the fact that many experts on the subject of pandemics believe it is far too soon and doing so could make the crisis, and its death toll, worse.

Uhlfelder has been highly critical of DeSantis and other Republican governors trying to re-open their states too early, and apparently people have been asking him to respond with a Grim Reaper tour.

Many of you have asked if I am willing to travel around Florida wearing Grim Reaper attire to the beaches and other areas of the state opening up prematurely. The answer is absolutely yes. Beginning May 1 we will hit the road here in state. Please retweet and spread the word. pic.twitter.com/UO7QKg161n

“The answer is absolutely yes,” he wrote in a now-pinned tweet. “Beginning May 1 we will hit the road here in state.”

Uhlfelder is promoting this tour on Twitter and using it to raise money for Democratic candidates running for congressional seats with a goal of $20,000. As of today, he has already raised more than $5,000.

We have raised $5,713 towards our $20,000 fundraising goal that will be contributed to Democrats running for Congress. Please retweet and chip in $20.20 here: https://t.co/mAvCSvJfHl

Many are speculating that the beach Grim Reaper idea was inspired by a New Zealand public service campaign meant to warn people about the dangers associated with swimming in the ocean — the Swim Reaper.

The darkly hilarious campaign by Water Safety New Zealand has proven both popular and effective, warning people with slogans such as “swim dumb and you’re done.”

“NZ is amaze! Heaps of mean beaches and swimming holes, and a long line of people willing to do dumb stuff,” reads a statement by the reaper on the official campaign website. “The perfect mix. Ha! Yeah, so I’m just hanging out all summer, waiting to reap some peeps. Swim dumb and I’ll be seeing you soon.”

The Swim Reaper hasn’t been up to much lately because New Zealand is taking the coronavirus pandemic seriously, but there’s plenty of room for similar campaigns in the U.S. right now.

According to Uhlfelder, the Grim Reaper costume is already on the way.

And yes, we have ordered all the Grim Reaper attire. It arrives next week.

People from all U.S. states are excited to see the results and wishing he would come to their homes.

Please be safe while on tour

Don’t forget to swing over to Kentucky

Perfext I wanted to so this in Utah while yelling bring out your dead.

Careful. People could mistake you for McConnell.

Looking forward to a photo journal of your travels!