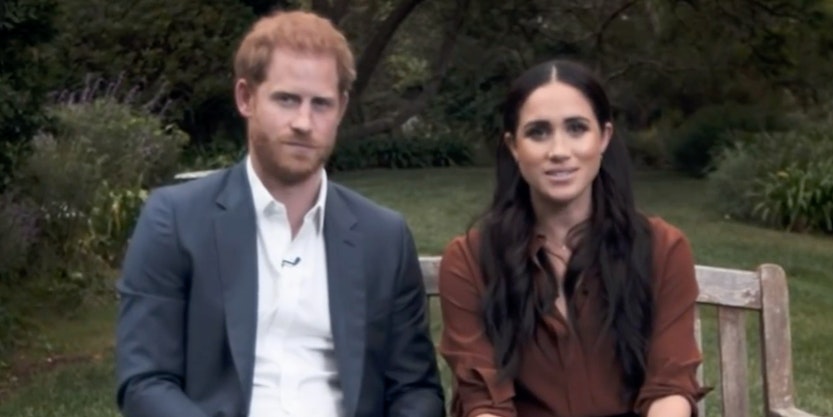 A Republican Congressmember wrote an unusual letter of protest to the British ambassador to the United States, alleging that the Duke and Duchess of Sussex were campaigning against President Donald Trump by recording a video last month that called on American voters to “reject hate speech, misinformation, and online negativity,” presumably associated with Trump.

“These actions represent a serious breach of the British Royal Family’s policy of political neutrality and an inappropriate interference by one of our closest allies,” wrote Rep. Jason Smith of Missouri’s 8th Congressional District wrote in the letter released Friday, concerning the video with Meghan Markle and Harry.

Smith wrote Dame Karen Pierce, the UK ambassador in Washington, DC, to requesting they “no longer attempt to interfere” in the 2020 presidential election “or be stripped of all titles, styles, and privileges which they currently retain.”

The video itself, first released on September 22, didn’t call out either presidential candidate and aired as part of a TV special honoring Time magazine’s annual list of the 100 most influential people. While urging people to vote, Markle, who is American, said it is “the most important election of our lifetime.”

“When the bad outweighs the good, for many, whether we realize it or not, it erodes our ability to have compassion and our ability to put ourselves in someone else’s shoes,” stated Prince Harry in the video. “Because when one person buys into negativity online, the effects are felt exponentially. It’s time to not only reflect but act.”

Obviously, people found the letter and requests ridiculous and unfounded.

After the video came out, a Daily Mail reporter asks Trump about the video, which of course, he didn’t appreciate.

Trump replied: “I’m not a fan of hers. And I would say this … I wish a lot of luck to Harry — because he’s gonna need it.”