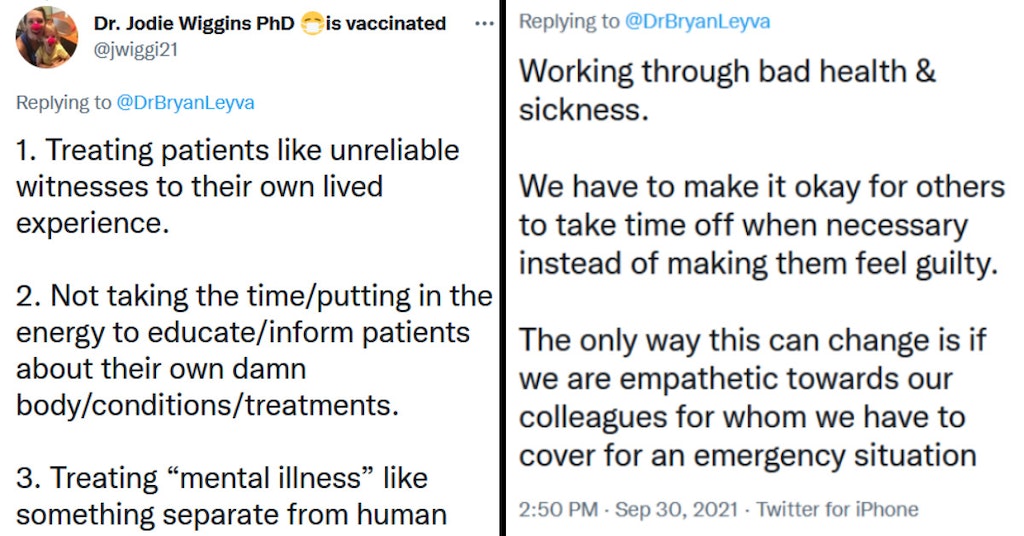 A U.S. doctor asked a simple question on Twitter that is generating hundreds of responses from both healthcare workers and anyone who has ever been a patient: “What should we denormalize in healthcare?” People these days often talk about what we need to “normalize,” referring to making something culturally “normal” in a society, but that often means also taking things that we don’t even think about and putting an end to them because they’re harming people on a mass scale.

Many of the responses to Dr. Bryan Leyva were fairly predictable, including people calling for an end to making patients worry about money while they’re trying to improve their health or simply stay alive. Plenty of Twitter users also pointed to various forms of discrimination suffered by multiple marginalized groups, especially those who have to deal with doctors and the system on a regular basis.

Meanwhile, others were a bit more controversial, sometimes sparking interesting discussions about health and the healthcare industry, including the idea that certain terms we’re used to hearing and take for granted may be doing more harm than good.

Here are just 25 of the responses we found most interesting:

1. How we think about burnout

3. Not educating patients on aftercare

6. Only testing on white dudes

7. Refusing to believe patients and leaving them in the dark