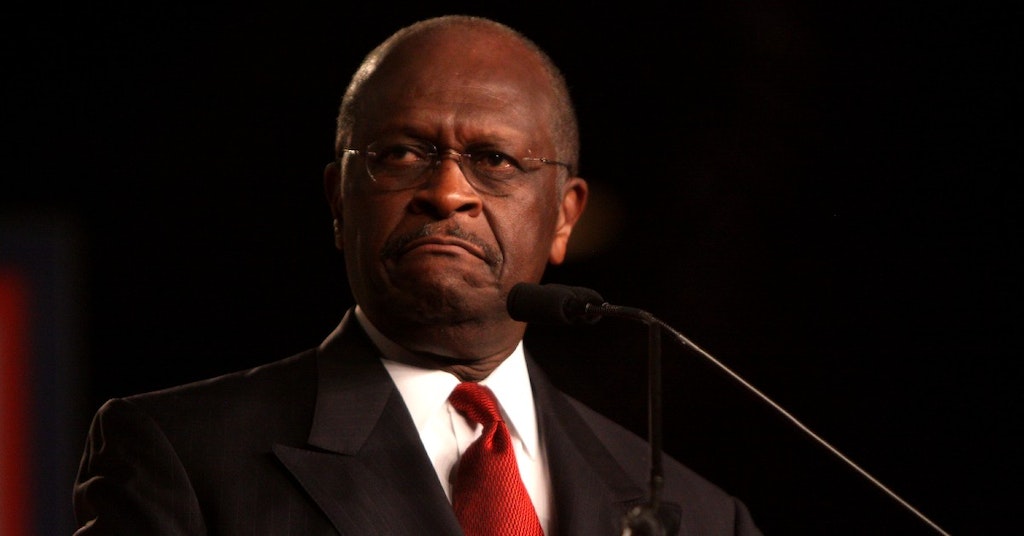 
The late former presidential candidate Herman Cain’s Twitter account came back to life on Wednesday in order to promote a Trump campaign attack ad on Joe Biden and Kamala Harris. Cain died from complications due to COVID-19, which he might have contracted at a Trump rally, and his Twitter account had not been used since it announced the details for the man’s funeral last week.

Then, five days later, it came back to life.

The response from the anti-Trump public has been half abject horror and half zombie jokes, with people condemning the use of a dead man’s social media account, complete with over 555,000 followers, for political purposes. It’s notable that not long ago, the right was attacking Barack Obama for bringing up political issues during his eulogy for life-long politician and Civil Rights activist John Lewis.

Then the Cain account retweeted a post by ousted NRA spokeswoman Dana Loesch claiming that folks on the left are the ones who are hypocritical on this.

“As much as we enjoy bringing you information about the news of the day, these are the things that really drove my dad, and he would have wanted this platform to continue giving people reasons to feel that hope as we continue to tell you what you need to know about what’s going on in the country,” she wrote.

Cain Gallo did not specifically say that she would be continuing to use her father’s Twitter account, but the name of said account has since been changed to “The Cain Gang” with a banner image proclaiming “because the work goes on.” The bio has also been changed to say that the account is “now supervised by his daughter team and family.”

His work may go on, but not without being hounded by zombie jokes.