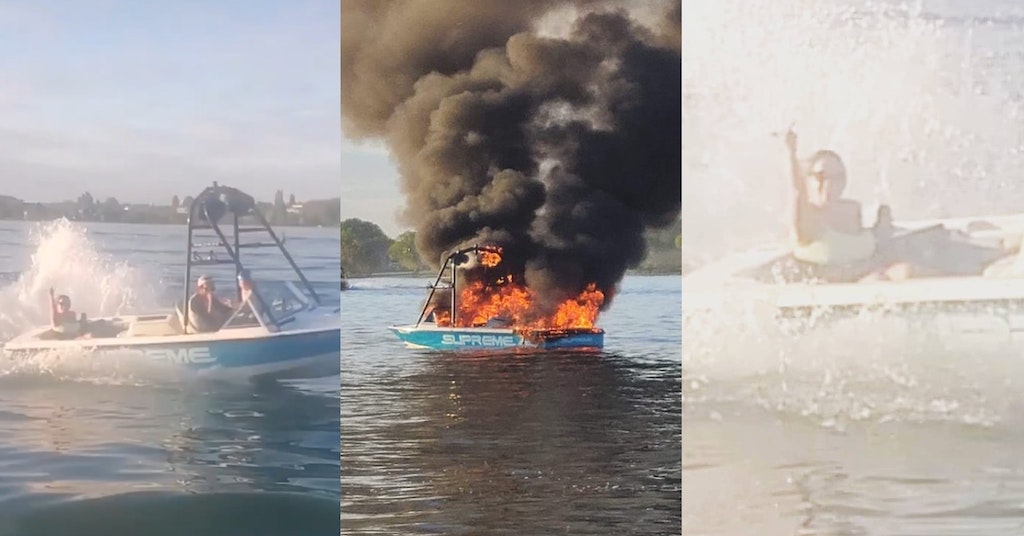 Sometimes karma can be a really beautiful thing—especially when someone treating you terribly is on the other side of it.

A group of friends who were out trying to have a good time on the water in Moses Lake, Washington, found themselves harassed by another group of boaters. According to one of the friends, they were targeted because they were flying pride flags, and the other group responded to the sight by allegedly shouting slurs at them and racing circles around their boat.

Then, the homophobes’ boat blew up.

All three boaters were ultimately fine, but it undoubtedly gave them quite the scare. And left them in need of rescue by the closest boat in the area.

A follow-up video shows the homophobes desperately trying to get to the pride flag boat. And of course, despite how they had just treated them, the group of friends helped them up.

One of the friends gave some additional information on Twitter, claiming that none of the three changed their tune, apologized, or even said thank you after they were rescued from the water.

“Just sat their waiting to be rescued by their friends and the girl screamed hysterically most of the time,” @retro_ushi_ wrote.

They also suggested the boat exploded specifically because of the homophobes racing around harassing them, as it may have “either damaged their carburetor or took in water and stalled,” and claimed the driver made mention of how he meant to buy insurance for the boat but simply forgot.

Social media users were vicious about the whole situation, insisting the boaters got what they deserved for being such jerks.

And now, hopefully, the group of friends who helped these losers out despite everything can get back to flying their pride flags on the water without people trying to mess with them.