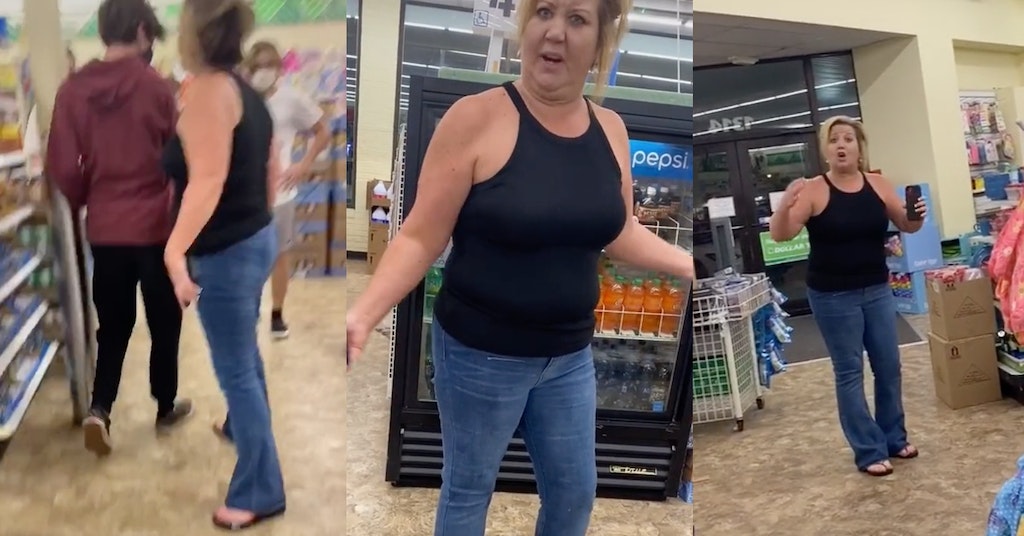 As great as it would have been to leave Karen tirades in 2020, we were not so lucky.

A Florida woman is going viral after being caught on camera harassing teens in a dollar store and going full homophobic in the process.

Gabby, who goes by @raysofsunhine on TikTok, said she and her girlfriend were headed to the Dollar Tree when they saw this woman outside shouting all sorts of nasty things at a group of 13-year-old boys.

Eventually, everyone wound up inside the store and it didn’t take long for the woman to come at them again.

Gabby turned on her camera in the middle of the woman’s tirade against the kids, and caught her demanding to know whether they were “queer” and “like it up your a**hole.” She repeatedly got right up in one of the boy’s faces, despite his visible discomfort as he tried to get away from her.

Eventually, the maskless woman turned her attention on Gabby and her girlfriend, cursing at them and saying they looked like they grew up in a trailer park.

After the video started making the rounds on social media, Gabby did a couple of follow-up videos, saying she wasn’t sure exactly what happened prior to the altercation between the woman and the teens, but that she was told they had been followed from another store.

As for the usual “devil’s advocates” playing their game and asking if the boys did anything to provoke the woman coming after them, Gabby wasn’t here for it.

“She’s a grown woman,” she said. “Regardless of if this was provoked or not, her behavior was disgusting and unacceptable.”