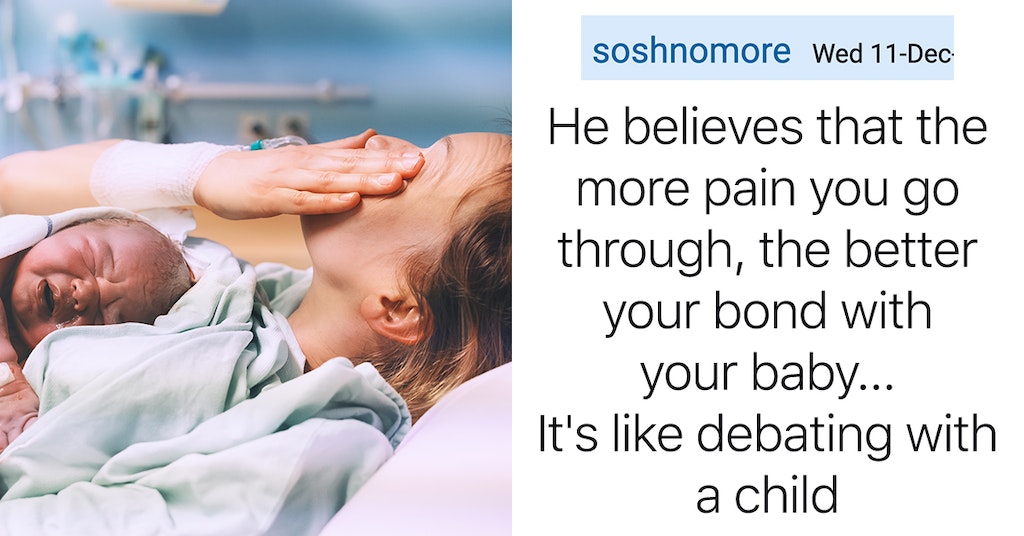 Despite the fact that abortion rights seem to be up for debate again in the United States, it’s pretty common sense that a woman should be able to make her own decisions about her own body and her own pregnancy. But a story from one woman hoping to get pregnant is serving as a reminder of how some men are all too ready to believe those choices are actually up to them.

A user by the name of soshnomore posted to Mumsnet a while ago that she and her partner were trying hoping to get pregnant soon, so she had been doing some research to prepare.

“I have previously told [other half] I would ideally like a water birth, which he was totally against,” she wrote. “He is very much of the opinion that a ‘normal birth on land’ has worked for 1000s of years so why should I want to do something different.”

She recalls trying to reason with him by referencing a study that suggested a water birth could make things easier for the person giving birth, but her significant other apparently “believes that the more pain you go through, the better bond with your baby.”

“It’s like debating with a child. He doesn’t listen to my point of view or really take my feelings into consideration at all in the situation,” she wrote, adding that he stubbornly claimed it would be better to have a surrogate who would have a “normal birth.”

After threatening that he would never forgive her if she had a water birth, he allegedly refused to even speak to a doctor and claimed he “had his last word on it.”

The concerned mother-to-be went to the forum seeking reassurance that she wasn’t being ridiculous in expecting to make her own decision regarding giving birth, and she certainly received it.

This seems like a situation with a pretty easy solution — either the dad gets on board with whatever mom wants or mom can have a kid with someone who is more understanding of the fact that it’s her body, her choices.