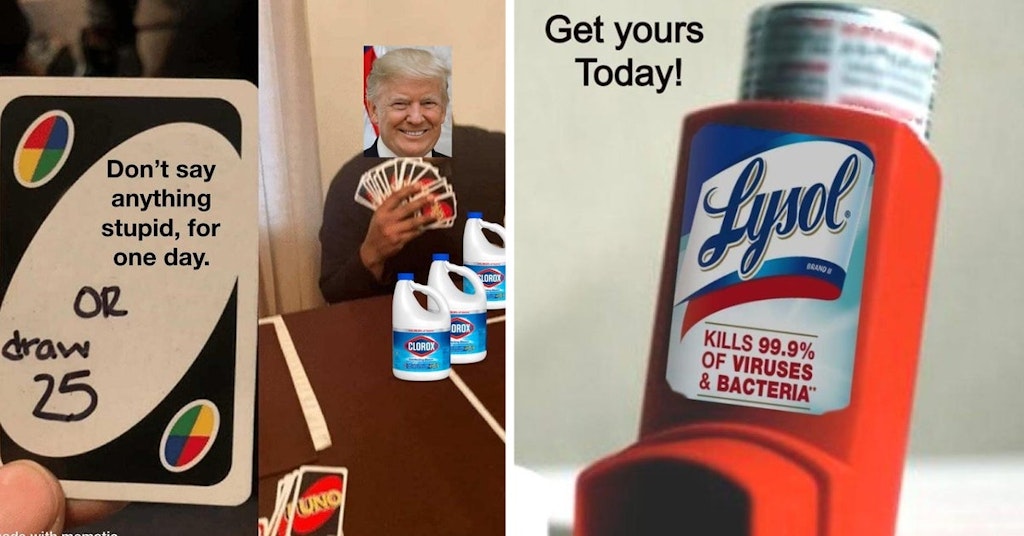 
As you definitely know by now, Donald Trump wondered aloud at his Thursday press conference about whether injecting disinfectant into people’s veins could kill the coronavirus.

“I see the disinfectant where it knocks it out in a minute, one minute,” he said. “Is there a way we can do something like that, by injection inside or almost a cleaning? Because you see it gets in the lungs, and it does a tremendous number on the lungs, so it’d be interesting to check that.”

“The disinfectant, where it knocks it out in a minute, and is there a way we can do something like that by injection inside, or almost a cleaning. It gets in the lungs” — Trump seems to suggests that injecting disinfectant inside people could be a treatment for the coronavirus pic.twitter.com/amis9Rphsm

Doctors and mildly informed people everywhere are now putting out the call pretty much begging the public not to attempt this, because disinfectants like bleach will kill more than just viruses. It’s so bad that the top spots on Twitter’s U.S. trending list are full of terms like Lysol and #DontDrinkBleach.

On the other hand, the memes have come pouring in faster than Purell can squirt out of the bottle, and they’re all hilarious. So today, instead of sanitizing your insides with bleach, sanitize your brain with bleach-related jokes. 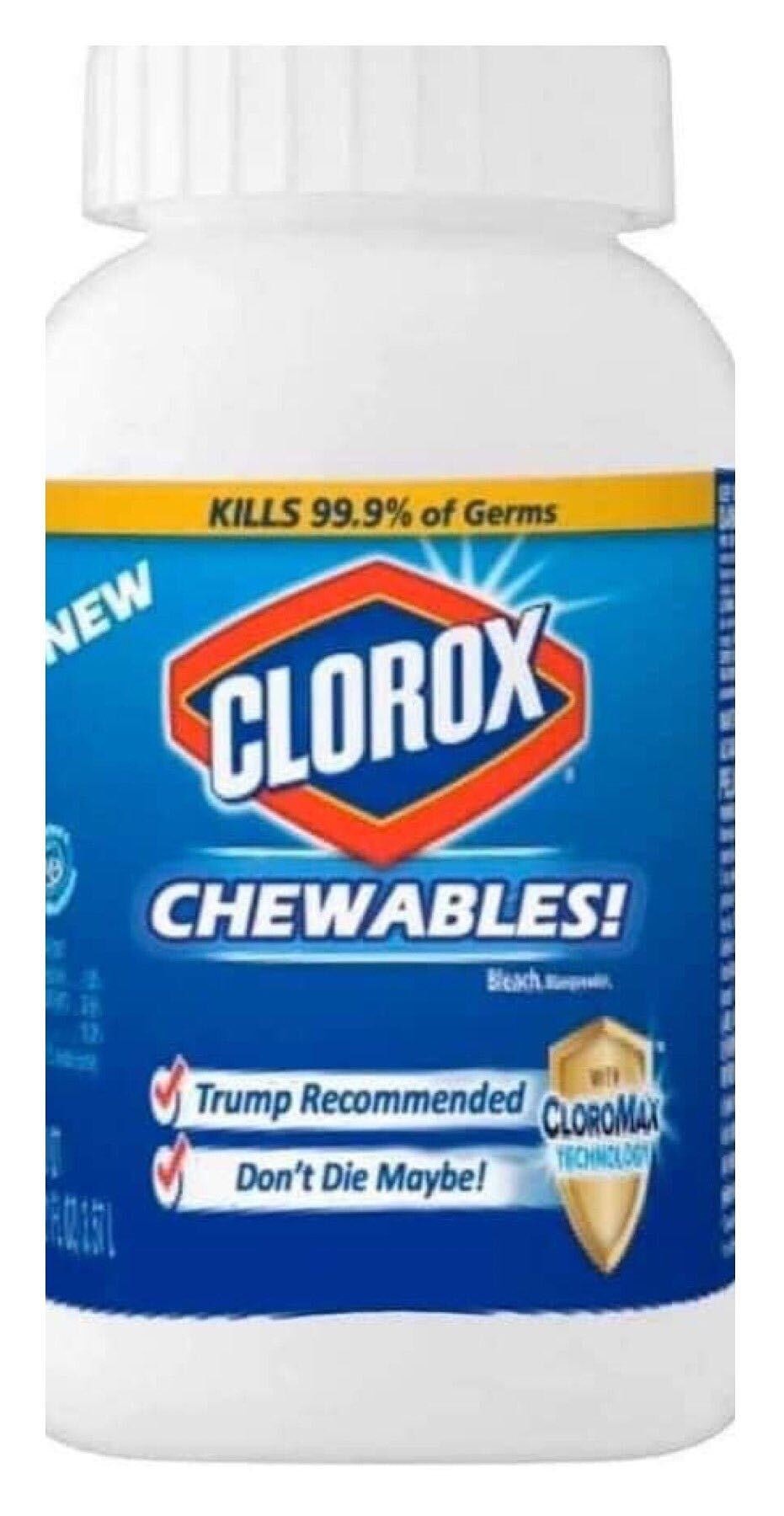 Drinking bleach to own the libs. 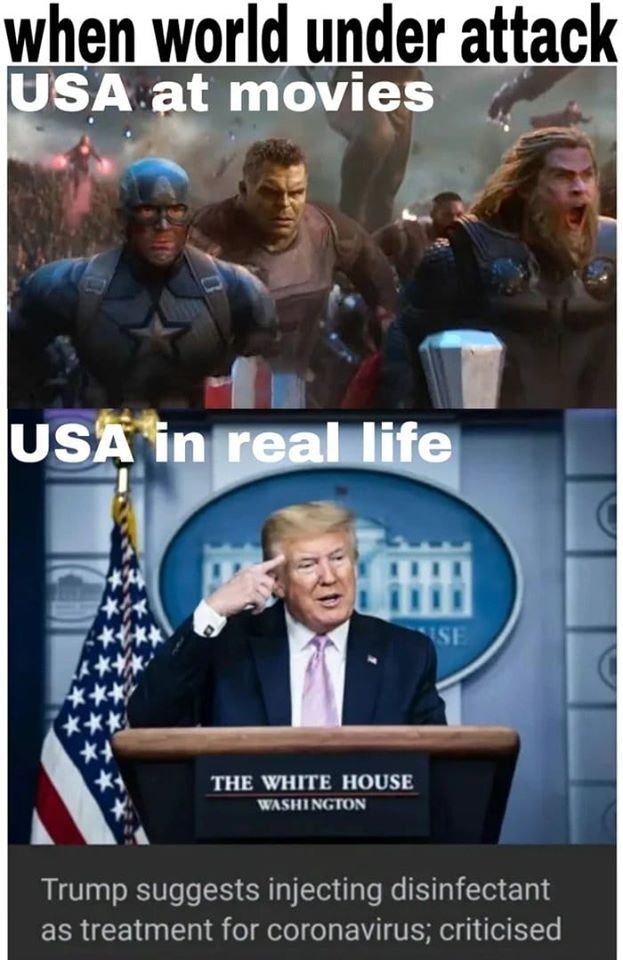 There's a Secret Service agent this morning whose sole job is to keep Eric Trump from drinking bleach. 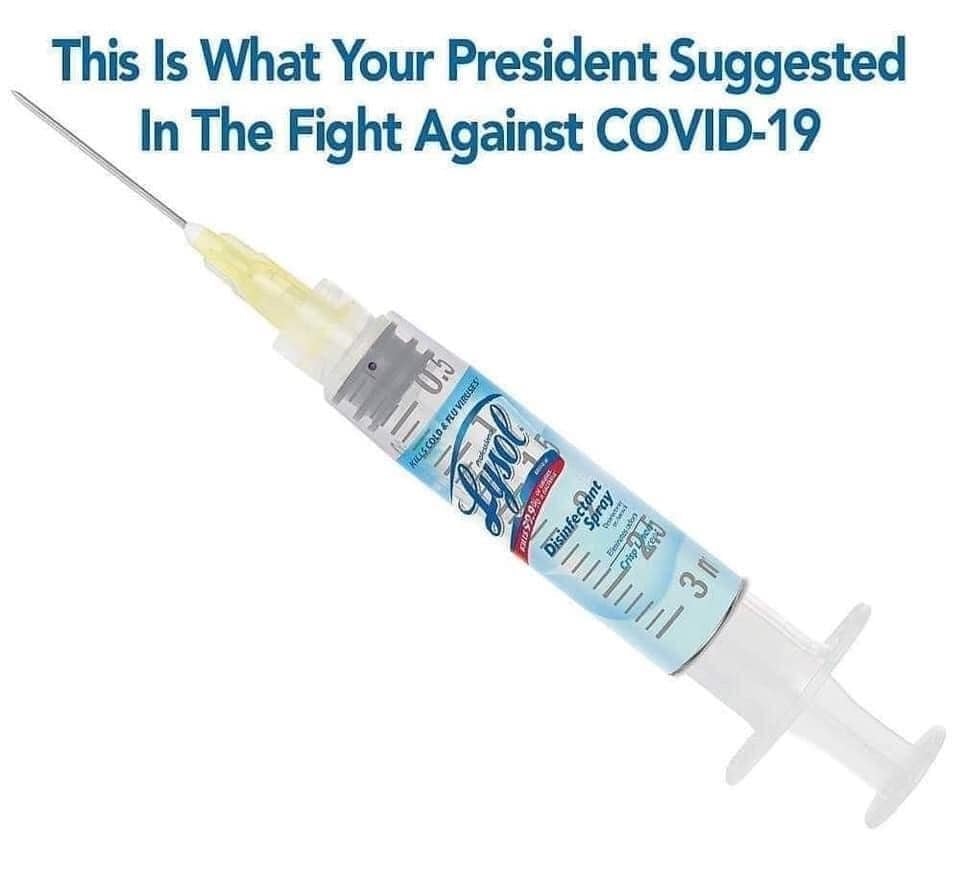 "I assure you officer, we've only been drinking bleach." pic.twitter.com/mjojIsRawi 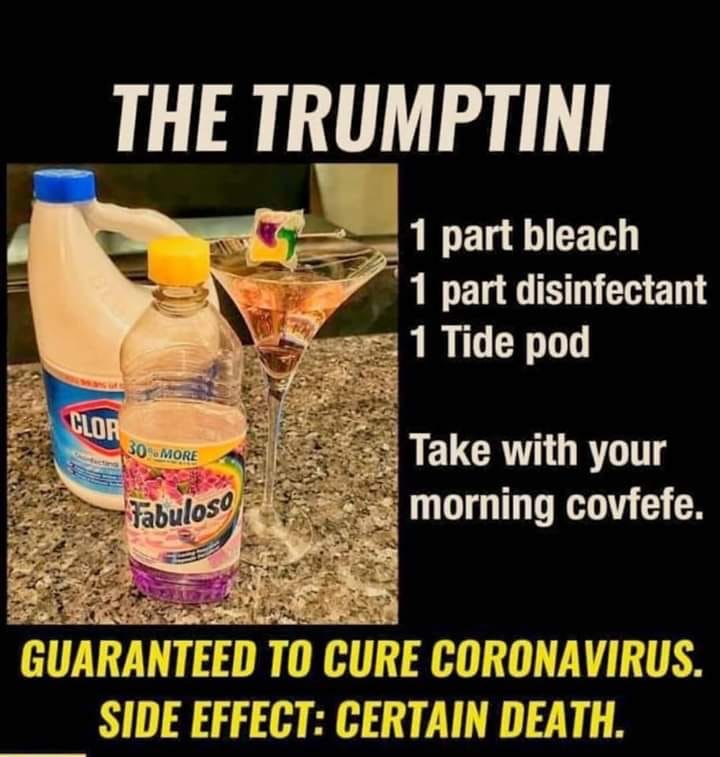 Trying out possible @JoeBiden campaign slogans for the fall… pic.twitter.com/sNVxlvnihb 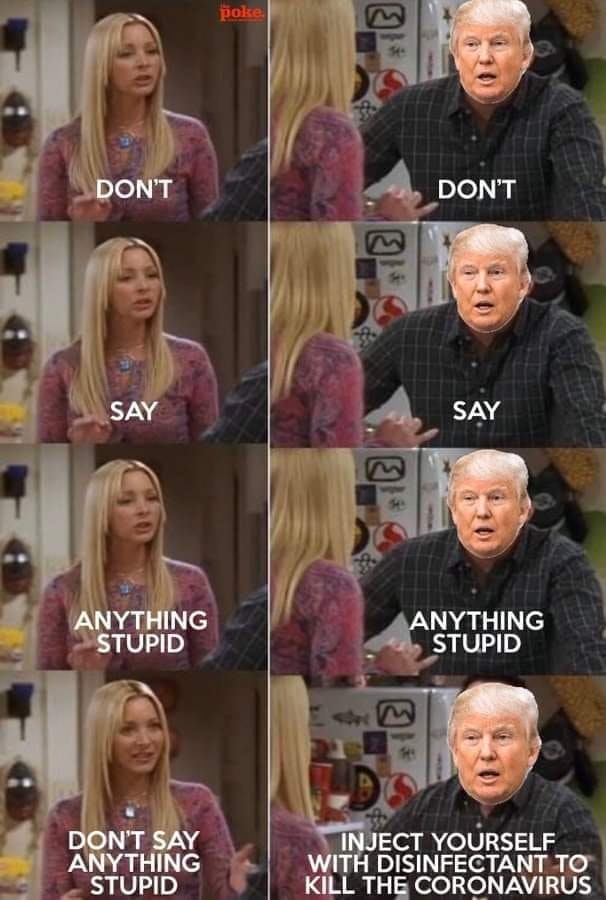 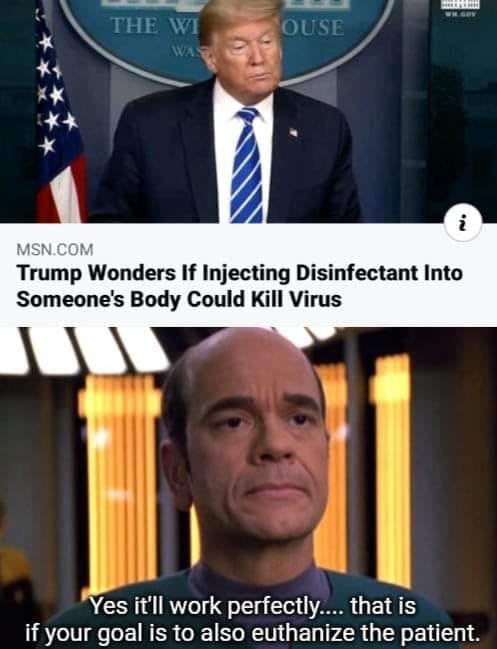 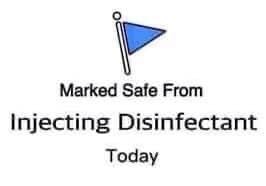 I wrote a paper on this for the New England Journal of Medicine. pic.twitter.com/ep4cgzGnLe 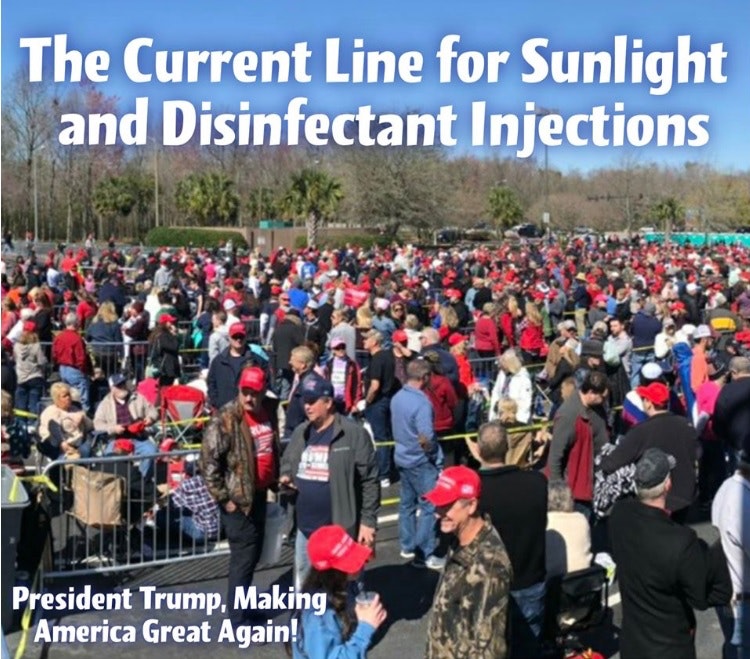 Remember that skit on SNL. This one? Yeah! They warned us too- but we chuckled. #DontDrinkBleach pic.twitter.com/ypcFrSoIzN 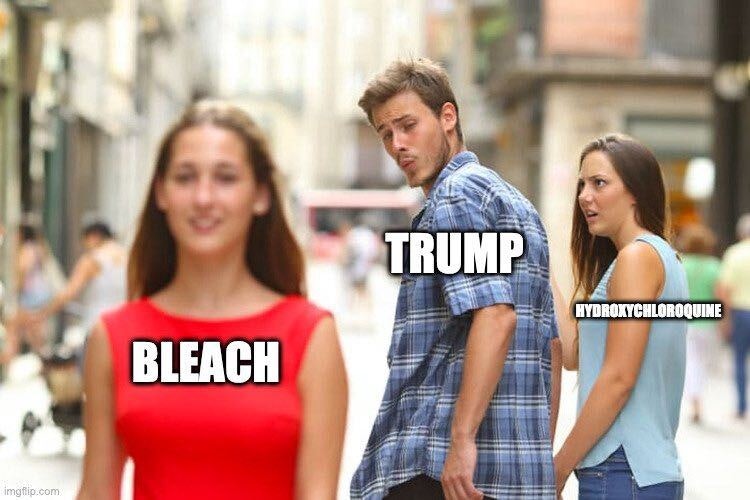 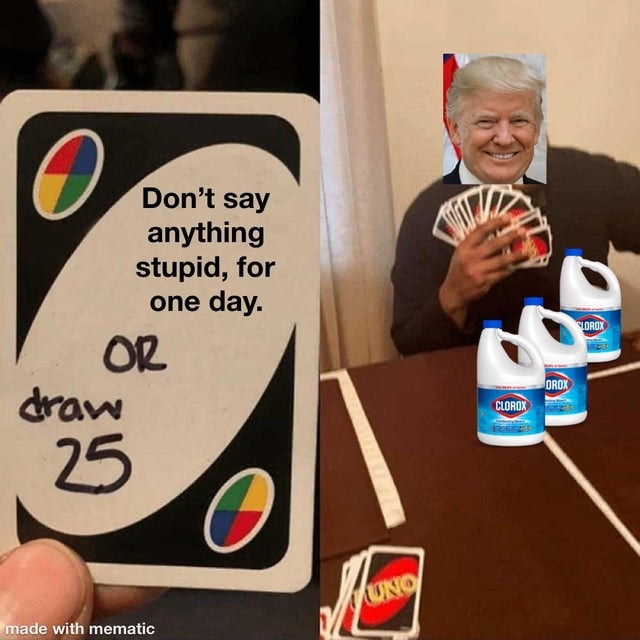 PERSON: why are you drinking bleach?

ME: because of Trump

PERSON: no! what he said about that and coronavirus isn’t true!

ME: he said something about bleach and coronavirus ?? 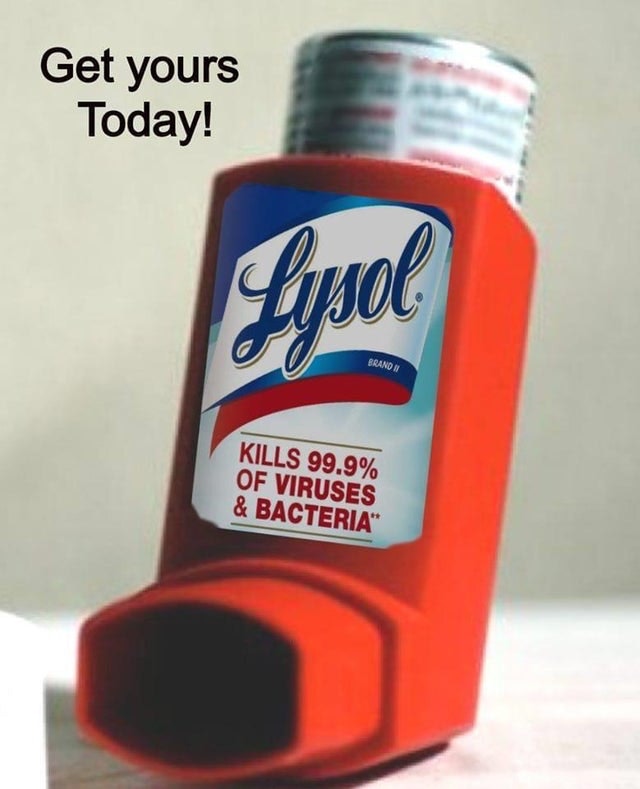 Joe: I just told Donald about the Tide Pod challenge.

Joe: Yeah. Told him it would stop Covid-19 dead.

me before and after drinking bleach pic.twitter.com/n8nC9NnCsU

So how's things going over there? I hear you're drinking bleach now?

Isn’t it just insane that in medieval times people believed drinking vinegar and sitting close to the fire could cure the bubonic plague? Thank God we moved on from those uneducated and primitive ideas. To bleach and UV light.

I see a lot of you urging people not to drink bleach. But worth some introspection: NONE of you cared about this issue or even talked about it until Trump brought it up. And then all of sudden you hate the idea?