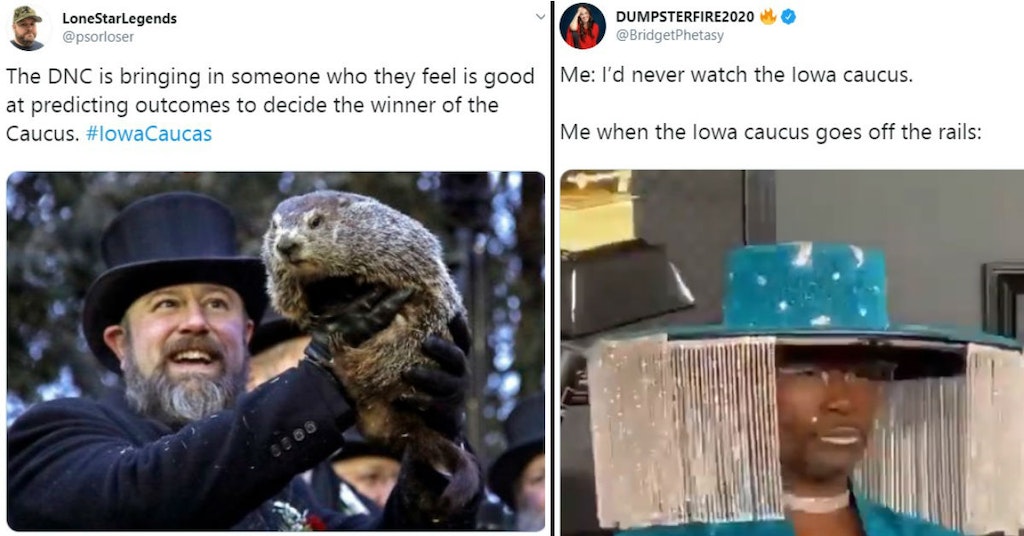 Recover From The Democratic Iowa Caucus Disaster With These 25 Memes

If you woke up this morning expecting to find results from the Iowa caucus, prepare to be disappointed and confused. An issue with a new app that was created to help streamline the process of collecting and reporting votes resulted in mass delays as caucus leaders all over the state and the world tried to call in their results to a phone line that soon became overwhelmed, with some waiting hours on hold.

The technical issue with the app also appears to have resulted in some of the vote counts that were transmitted through it to be incorrect. The Iowa Democratic Party, therefore, says that they are taking extra care to double-check the results, resulting in further delays. At the time of this article’s publishing, 50 percent of the results are expected to be released by 5 pm ET.

Normally, candidates use this first caucus in their race to the nomination for president to drum up excitement for their campaigns and make valiant speeches on prime time television. This year, their speeches were late and overshadowed by the news of the malfunctioning app and delays in any official results. In the case of Mayor Pete Buttigieg (“Mayor Cheat”), people were confused by what seemed like declarations of victory when there were literally zero official results reported.

As confusion mounted and reporters grew increasingly desperate to fill air time while the results counter stayed at zero percent, the only way the public knew how to cope with the disaster was, of course, with memes.

#IowaCaucusDisaster He's on his way to help in Iowa! pic.twitter.com/ba1yBAnj2p

The DNC is bringing in someone who they feel is good at predicting outcomes to decide the winner of the Caucus. #IowaCaucas pic.twitter.com/gBSNBWF5oC

Congratulations to the Caucus City Chiefs and the great state of Illinois! https://t.co/kw6wKzwnIM

At this time of year?

at this time of day?

in this part of the country?

Localized entirely within the app that you own?"

In another bizarre twist of fate, the Iowa Caucus has been quarantined, due to a rare case of moronovirus.

This is how they should settle the Iowa Caucus pic.twitter.com/gZsf6H5MLL 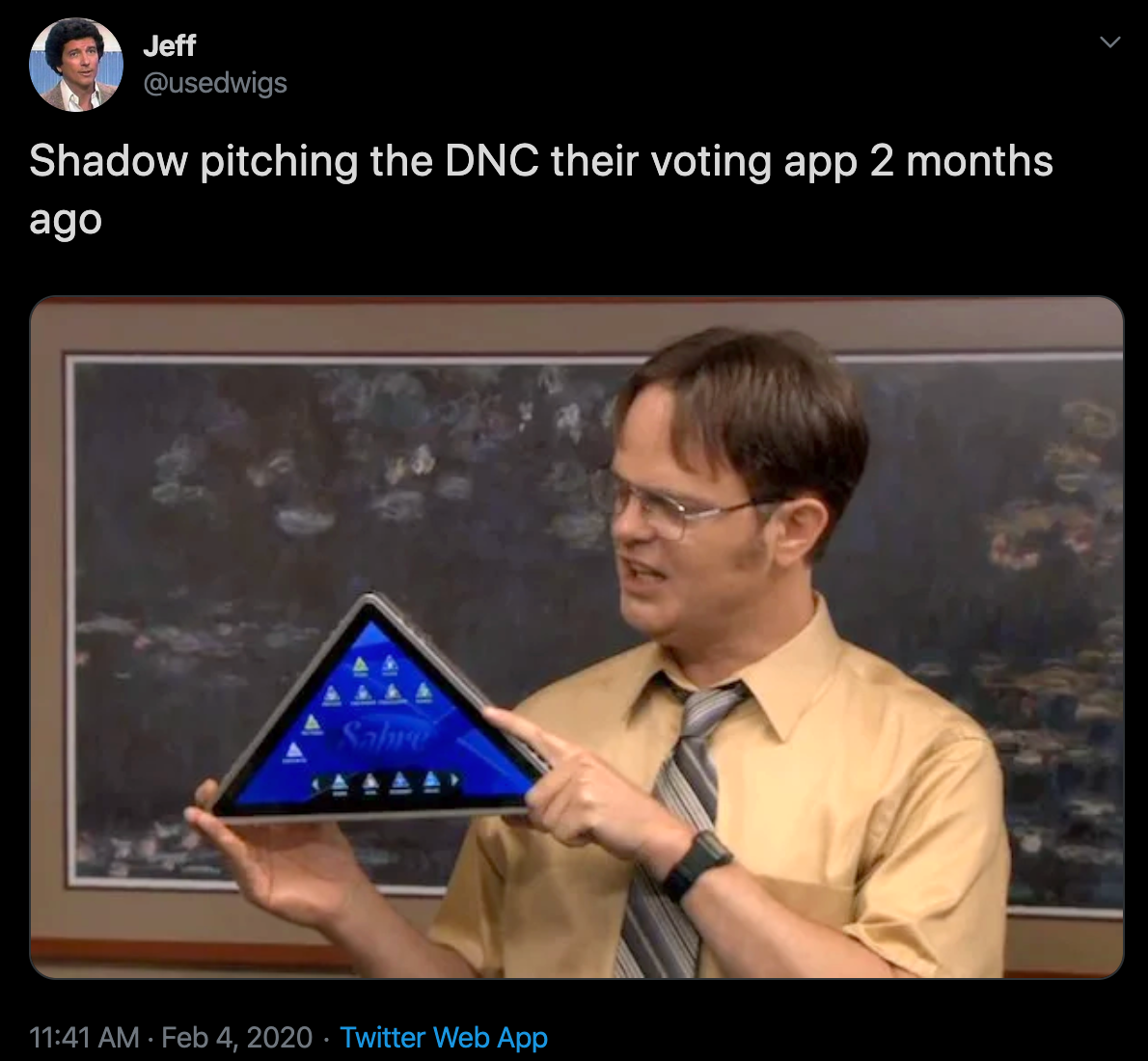 Me when the Iowa caucus goes off the rails:pic.twitter.com/eOQZI0WC6b

All your delegates belong to JEB! pic.twitter.com/kEKFf3t7In

me waking up in the middle of the night to see what’s going on with the iowa caucus pic.twitter.com/NJZ9kfuk6Q

Sucks that this was the dude in charge of counting the votes. https://t.co/hZ29sncqAX

Me waking up and checking the result of the #IowaCaucas pic.twitter.com/N5U9jZqTXu

Fyre Fest walked so the Iowa Caucus could run.

BREAKING NEWS!!!
MeanCat has decided that he has won the Iowa Caucus cuz why not. pic.twitter.com/z751eXsLsN

you can have 50% of the iowa caucus totals, as a treat