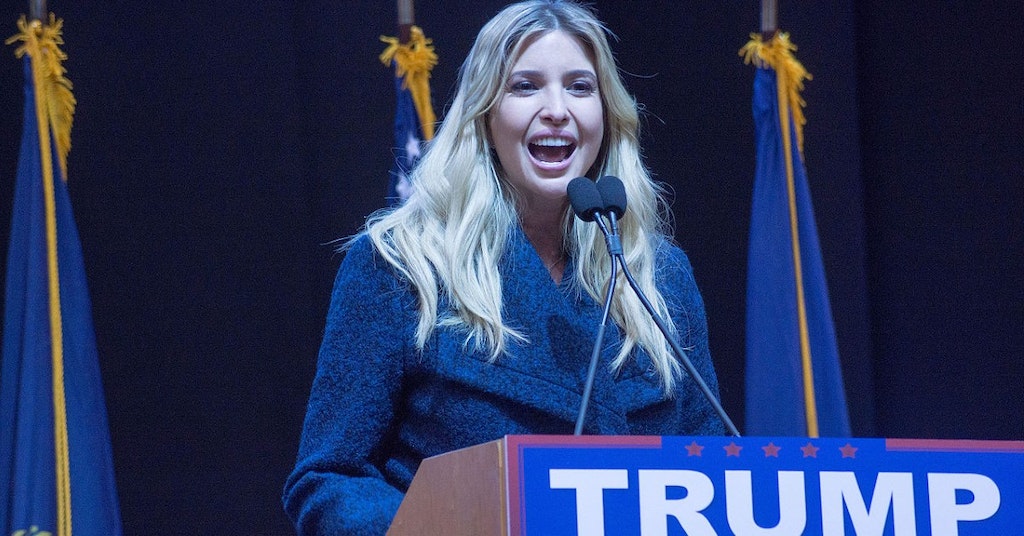 Former Ivanka BFF Spills On How She Was Racist And Classist In High School, Too


An old best friend of Ivanka Trump’s has finally come forward after over four years of everyone having to know who the woman is, writing in Vanity Fair that the First Daughter was pretty much the same person in high school. Lysandra Ohrstrom met her at an expensive private school in New York where she observed Ivanka blaming others for her own farts and generally acting like a Trump.

"One of the earliest memories I have of Ivanka from before we were friends is when she blamed a fart on an insecure classmate," she wrote. "Some time later, she goaded me and a few other girls into flashing our breasts out the window of our classroom in what has since been labeled the 'flashing the hot dog man' incident in Chapin lore."

According to Ohrstrom, the rest of the girls were suspended for the stunt, but Ivanka "pleaded her innocence" to the headmistress and avoided punishment.

It gets worse, because of course it does. Ohrstrom says that Ivanka once told her that her necklace, which spelled out her name in Arabic, "just screams 'terrorist'" and asked how her Jewish boyfriend felt about it when they were making love. It also appears that the First Daughter has never had any affection for those struggling because they weren't born into rich families.

"Ivanka always solicited book suggestions from me, and I had recently recommended Empire Falls, Richard Russo’s 2001 Pulitzer Prize-winning novel about the life of a diner manager in a working-class community in Maine," wrote Ohrstrom. "'Ly, why would you tell me to read a book about f---ing poor people?' I remember Ivanka saying. 'What part of you thinks I would be interested in this?'"

She also reportedly called Ohrstrom a "Marxist" for talking about affordable housing.

While Ohrstrom grew up in the same "nouveau riche" circles as Ivanka, at least not everyone who comes out of that scene ends up as bad as the First Daughter. However, the former Ivanka BFF did feel pressure to stay silent about some of her less flattering qualities for a long time -- almost the entire Trump presidency, in fact.

"In private, I’ve had countless conversations with friends who also grew up with Ivanka about how appalled we are that she didn’t publicly oppose Brett Kavanaugh’s Supreme Court nomination, or any of her dad’s especially repugnant policies," she admitted. "But in public, we’ve stayed silent because that’s what we are taught to do."

She also confessed to being afraid of getting attacked by Donald Trump and shunned by her Trump-supporting family as a "nasty loser."

The good news is that Ohrstrom believes Ivanka and her family will not be so readily welcomed back into the same circles they ran in before even if many of their former friends are still too scared to come forward about who they really are.

"Even now, as self-proclaimed former friends vow that Ivanka can never show her face in Manhattan again, few of these detractors are quoted by name in the many takes about her future."