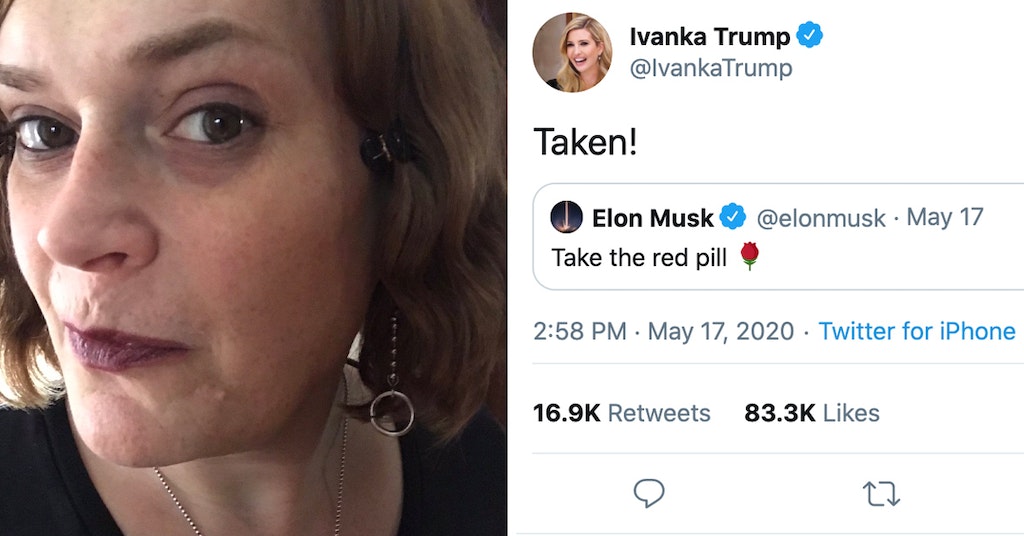 The Matrix director Lilly Wachowski responded to Elon Musk and Ivanka Trump’s Twitter exchange about the “red pill.” The “red pill” is a reference to The Matrix, where taking the red pill reveals an unpleasant truth, but taking the blue pill lets you live in blissful ignorance.

“You take the blue pill – the story ends, you wake up in your bed and believe whatever you want to believe. You take the red pill – you stay in Wonderland and I show you how deep the rabbit hole goes,” Lawrence Fishburne told Keanu Reeves in The Matrix.

“Red-pillers” also refers to a new type of conservatives, who rally around nationalistic, white-supremacist, misogynistic beliefs. Entire online forums are dedicated to lamenting the dangers of feminism and encouraging white-supremacism, according to Wired.

Musk tweeted “take the red pill” with a rose emoji, the symbol of the Democratic Socialists of America.

Many see Musk’s tweet as a political reference. Musk recently reopened a Tesla manufacturing plant in California, despite shutdown orders. He has been a vocal critic of shutdown policies and has continuously spread misinformation about the coronavirus on Twitter.

Wachowski responded to the exchange, criticizing both Musk and Trump.

“F*ck both of you,” Wachowski said, and encouraged followers to support Brave Space Alliance, a Black and LGBTQ center in Chicago.

Fans praised Wachowski for standing up to Musk and Trump.

“If they’d actually paid attention to the movies, they wouldn’t had hijacked that metaphor,” one user said.

“I want this reply on the Louvre,” another user said.