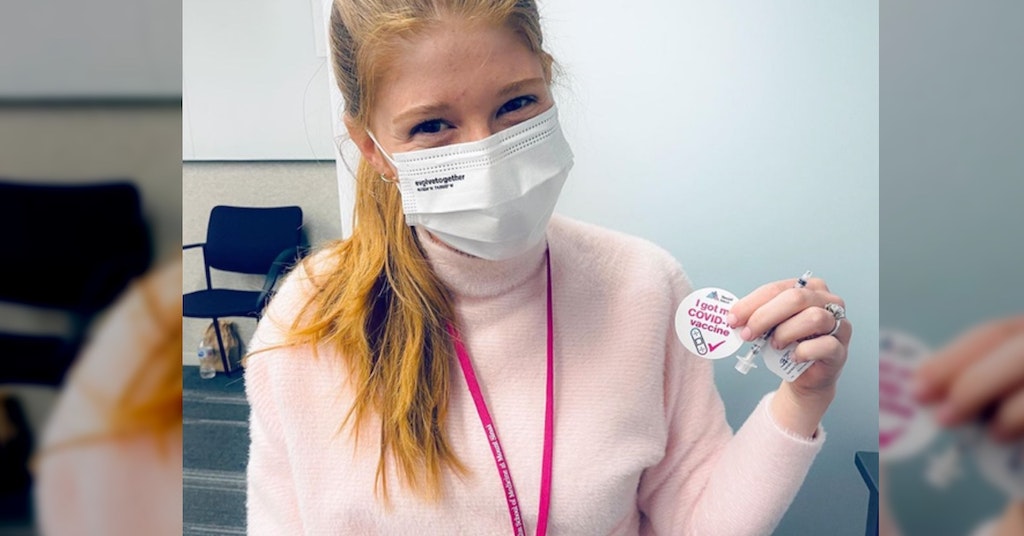 It’s been difficult to keep up with all the insane conspiracy theories that have surrounded COVID-19 and the quest for a vaccine.

But one of the more pervasive ones — despite its improbability if not an impossibility — is that Bill Gates was going to implant some sort of microchip into everyone on the planet through the vaccine.

There are an endless number of flaws in this theory, which is often based on the idea that Gates himself orchestrated a worldwide pandemic purely for this purpose. On a very basic level, no small number of people have pointed out that pretty much everything in American society, at least, already tracks everything we do.

Gates’ daughter decided to have some fun with the conspiracy theorists in her own post about getting the first dose of the vaccine.

Jennifer Gates is a medical student at Mount Sinai’s Icahm School of Medicine. She posted a photo with her COVID vaccine sticker last week in a bid to make others feel prepared and motivated to get themselves vaccinated when the time comes.

“I’d urge everyone to read more and strongly consider it for yourself and your families when you are provided the option,” she wrote. “The more people who get immunized, the safer our communities are for everyone.”

Jennifer added that she’ll continue to wear her mask regardless of being vaccinated before throwing a joke in at the end:

“PPS sadly the vaccine did NOT implant my genius father into my brain — if only mRNA had that power…..!”

While some people expressed frustration that a 24-year-old got the vaccine before they did (she’s a medical student and they generally qualify to get vaccinated around the same time as other healthcare workers), there was also a lot of support for her stepping up to talk about the vaccine and go into medicine in general.

And some folks joined in on the microchip joke of it all.

Of course, nothing will actually put an end to the conspiracy theories — and certainly not logic or facts. So since we can’t live in a rational world, dunking on the people who actually believe these absurdities will have to be the next best thing.