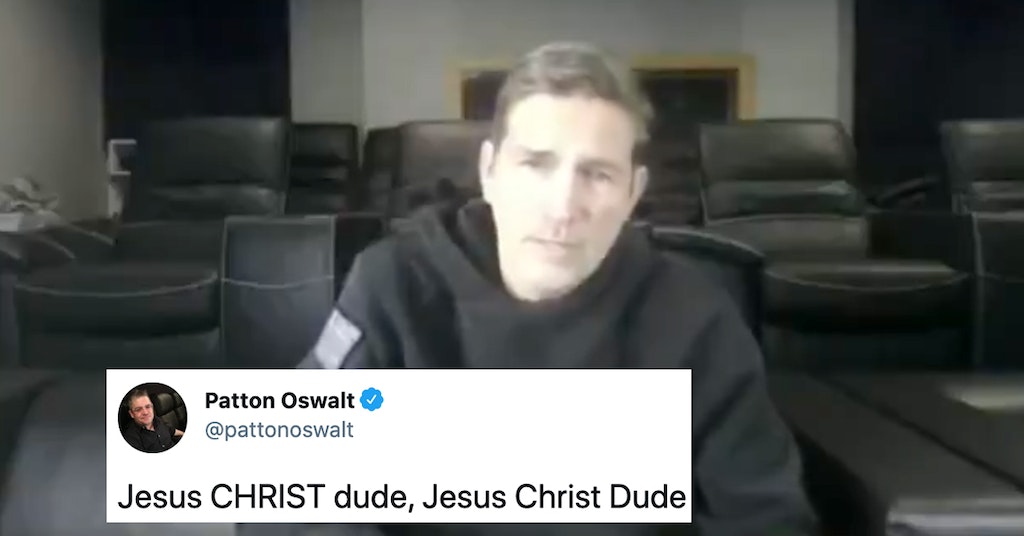 Jim Caviezel Zoomed into a rightwing rally over the weekend to chat about his upcoming movie, Sound of Freedom, about a man who saves children from human trafficking. While there, he casually dropped a mention of “the adrenochroming of children.”

“Adrenochroming” is a completely made-up thing by QAnon conspiracy theorists who believe Hollywood celebrities and high-ranking Democrats are harvesting adrenochrome from kidnapped and tortured children and using it to stay young.

And Caviezel didn’t mention this on accident. By request, he explained further what “adrenochroming” is and how it pertains to his movie, which is based on the exploits of a real person.

“When you are scared, you produced adrenaline,” he tells the gathered audience. “If a child knows he’s going to die, his body will secrete this adrenaline and they have a lot of terms they use that he takes me through but it’s the worst horror I’ve ever seen…And these people that do it, there’ll be no mercy for them.”

Celebrities outing themselves as anti-vaxxers or Trump voters was one thing, but seeing folks actually buy into QAnon conspiracies is next level.

It’s unclear why Caviezel is still making movies if he thinks Hollywood is filled with people torturing children to gain immortality, but it definitely feels like there’s a Kevin Sorbo/Gina Carano movie in his future.