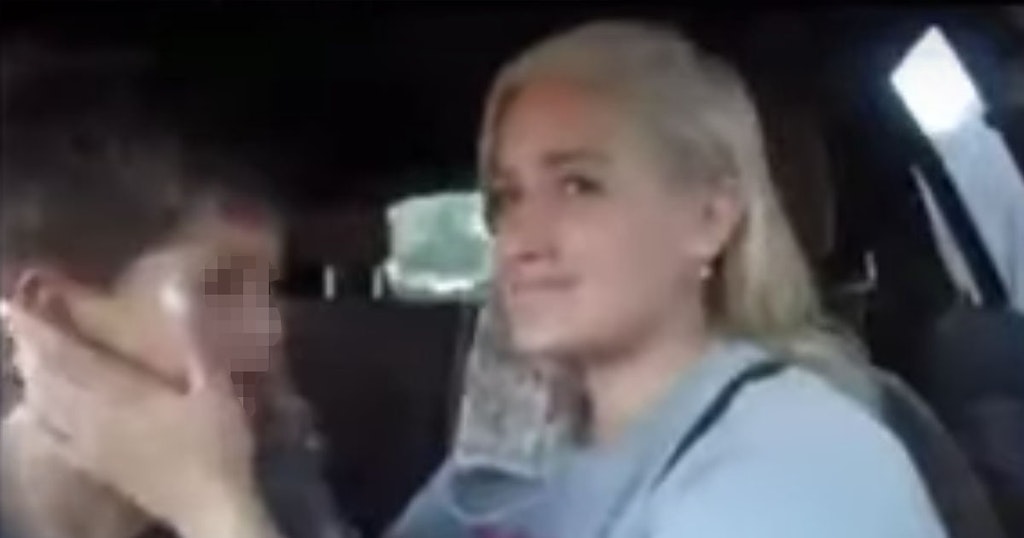 Jordan Cheyenne, 30, is a “beauty and lifestyle” content creator. Since 2013, Ms. Cheyenne has built her public persona via YouTube, where she vlogs about raising her nine-year-old son, Christian, as a single mother.

Cheyenne posts “candid” clips that document her and Christian’s life in California. Until Monday, she had approximately half a million followers on YouTube. What went wrong?

Well, Ms. Cheyenne apparently forgot to do some editing.

The above clip, originally entitled, “We Are Heartbroken,” was clearly intended to be an outtake. However, Ms. Cheyenne evidently made a mistake and forgot to edit it.

In the clip, Cheyenne sits in the driver’s seat of her car and tearfully thanks her followers for all of their support. The family’s vet has just informed her that their new puppy has parvovirus, which can be fatal for unvaccinated dogs. Ms. Cheyenne then pulls her crying son over towards her from the passenger seat. The boy is already crying; she begins coaching him on how to cry better.

“Act like you’re crying,” she tells him, after instructing him to lay his head on her chest.

“I am crying!” Christian responds tearfully. Then, as Cheyenne ignores him, playing with the mirror, he insists, “No, but mom—I am actually seriously crying.”

“No, I know,” Cheyenne responds dismissively, her tone devoid of emotion. “But go like this for the video.”

She then corrects the way he covers his face, pulling his hand away to reveal his open mouth, contorted with sobs.

“Let them see your mouth,” she instructs.

“Mom,” Christian repeats twice after that, “I am actually crying.”

“Look at me, look at me,” Cheyenne says, ignoring him. Then, “Look at the camera.”

Cheyenne leans in, puts her face next to her crying son’s face, and fakes tears.

Then, having gotten the shot she wanted of her distraught nine-year-old son being “comforted” by his mother, she tells him, “OK, it’s over now.”

The internet was appropriately horrified.

Other users recalled past scandals of abuse involving “parenting vloggers,” such as the DaddyOFive case, figuring this was not terribly out of the ordinary for “stage parents” and their children. Some warned that other YouTubers were “cashing in on” Cheyenne’s gaffe, but were no better.

Still others pointed out that Ms. Cheyenne’s toxic brand of false positivity was reason enough for them to unfollow her some time ago.

Ms. Cheyenne’s immediate follow-up video, entitled, “I Am Immensely Disappointed In Myself,” where she apologized but also tried to defend her action, was not well received. She took the video down, and committed to removing her son from all future videos on her YouTube Channel.

Ms. Cheyenne’s Twitter account still exists, and the page is peppered with RTs and quotes from “The Secret,” a New Age, nondenominational version of prosperity theology in which followers can “manifest” good things for themselves with enough dedication and persistence. A pinned post from January encourages followers to “manifest wealth and success” for themselves this year. Needless to say, it hasn’t aged well.