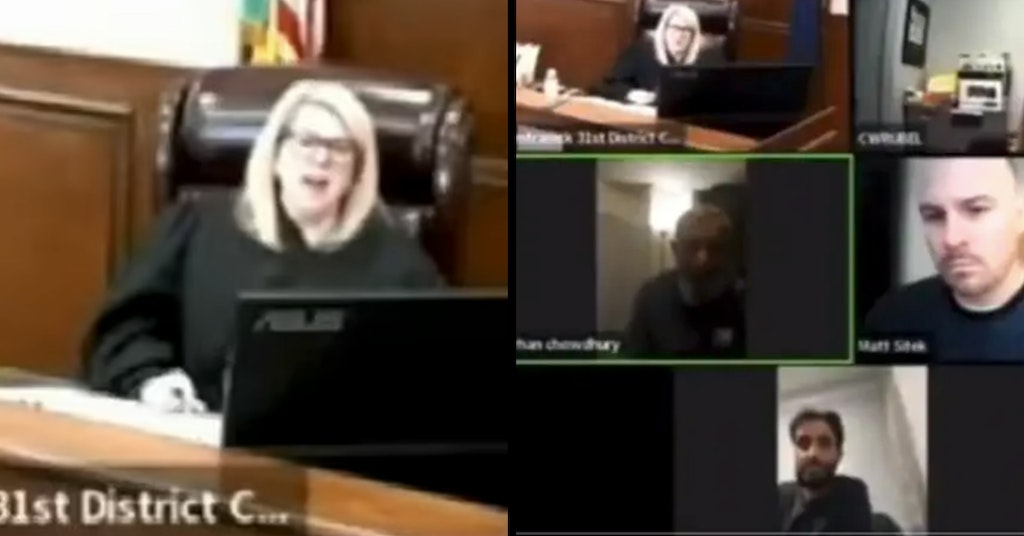 A Michigan judge left people stunned after telling a 72-year-old man who was too sick to clean up his yard that he should be in jail.

Burhan Chowdhury was diagnosed with lymph node cancer in 2019, and his son, Shibbir, has generally helped keep things around the house and yard clean as those things have gotten more and more difficult for his parents. But while Shibbir spent several months in Bangladesh last year, the yard apparently got too overgrown, and Burhan found himself ticketed and scheduled for a court appearance.

When he finally saw Judge Alexis G Krot over Zoom months later, she showed a photo that had been taken of the part of his home that backs up to an alleyway — which has allegedly since been cleaned up — and showed no sympathy for Burhan’s situation.

“You should be ashamed of yourself. If I could give you jail time on this, I would,” she said after he explained in halting breaths that he has been sick with cancer. “You’ve got to get that cleaned up. That is totally inappropriate.”

Shibbir, who appeared in virtual court with his father, tried again explaining to the judge that his father is sick, the area has been cleaned up, and asked if the $100 fine that had been assigned was forgivable, but Krot only doubled down.

“Do you see that photo?” she asked. “That is shameful. Shameful! The neighbors should not have to look at that. You should be ashamed of yourself.”

Valuing property over people certainly isn’t new for the American justice system, and many responding online felt Krot exemplifies a lot of what is wrong with this country today.

“The way she said that my father should serve jail time for this thing really bugged me,” he told The Washington Post. “I was really shocked by it. I didn’t expect her to yell at us in this kind of a situation.”

He did, however, go ahead and pay the fine.

A petition requesting Krot be removed from the bench due to both this incident and an alleged “history of being bigoted to immigrants” has gained almost 40,000 signatures so far.