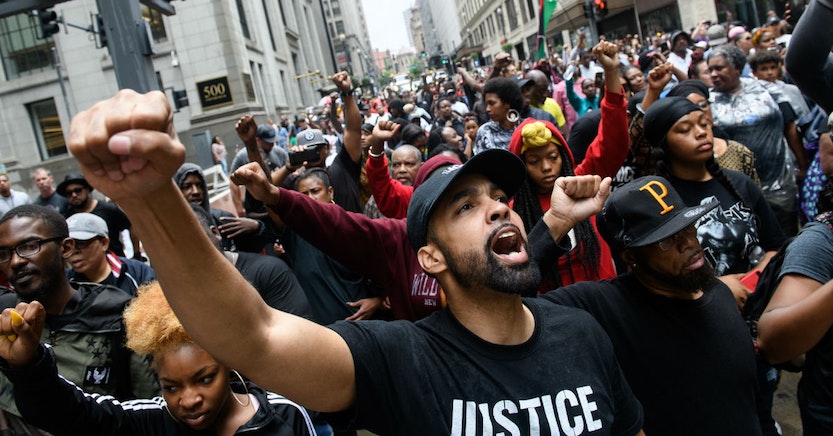 Every June, there’s a little social media buzz about Juneteenth, or more depending on your community. It’s an important holiday for Black people living in the U.S., but it’s not one often mentioned in our history books, or at least not the ones we vandalized in public school. We white people generally are not taught about Juneteenth in our childhood and many of us still don’t know exactly what it is or anything about its rich history.

Juneteenth refers to the 19th of June. It celebrates the date of June 19, 1865, when the last group of slaves in the U.S. were informed of the end of the Civil War and their emancipation. Although the official end date of the Civil War was April 9, 1865, the South was slow to let slaves know about the change.

Outside the Oval Office, I kept a painting of a small crowd huddled around a pocketwatch, waiting for the moment the Emancipation Proclamation took effect. On Juneteenth, we celebrate the anniversary of that news - freedom - reaching slaves in Texas. And something more: pic.twitter.com/kSkLHbfnc3

In particular, it marks when Union General Gordon Granger entered Galveston, Texas on June 19, where slavery was still being practiced, and issued the following proclamation:

The people of Texas are informed that, in accordance with a proclamation from the Executive of the United States, all slaves are free. This involves an absolute equality of personal rights and rights of property between former masters and slaves, and the connection heretofore existing between them becomes that between employer and hired labor. The freedmen are advised to remain quietly at their present homes and work for wages. They are informed that they will not be allowed to collect at military posts and that they will not be supported in idleness either there or elsewhere.

Juneteenth is also an important holiday in Black communities in the U.S., but it is not a federal holiday and few people get the day off for it, despite it being a better Independence Day than the one we celebrate on July 4th.

On this day, #Juneteenth slavery in this country formally abolished.

But its legacy is continues to have lasting consequences for black Americans. We must address the fundamental injustice, cruelty, brutality, and inhumanity of slavery in the United States. ✊🏽

What Does Juneteenth Celebrate?

It doesn’t just celebrate the end of slavery, it honors the 3,400 slaves who escaped slavery in Virginia and Maryland in order to join the British forces during the War of 1812 and the slaves who fought with the British against the colonists in the War of Independence. It celebrates the slaves who broke their chains and took over the slave ship the San Juan Nepomuceno, turned it around and went back home to Africa.

Some things worth remembering on Juneteenth: Texas’ size and isolation allowed slavers to keep knowledge of Emancipation from the enslaved. Large slaveholders in coastal areas also moved enslaved people around the state to avoid the Union Army & therefore Emancipation.

Juneteenth celebrates every slave in U.S. history who rose up and fought back against oppression and for their own freedom and the freedom of their fellow Africans. It celebrates freedom from the particularly oppressive chattel slavery that was practiced in the country for centuries and serves to remind us all that the effects of that widespread atrocity remain with us to this day.

How Is Juneteenth Celebrated?

The first celebration of Juneteenth happened in 1866, when former slaves read Abraham Lincoln’s Emancipation Proclamation aloud, sang spirituals, played games, and generally had a good time. These celebrations remained common every June 19 until the era of Jim Crow, when Black Americans had to fear the KKK and other violence from white people and also didn’t feel very free in a country so dedicated to their oppression.

The story of Juneteenth isn't about how long it took us to find out we were free, but that White America still has refused to.

It made a comeback during the Civil Rights movement, particularly after 1968. It was made a Texas state holiday in 1980. Today, Juneteenth is often celebrated in Black communities with parties and especially barbeques, parades, festivals, and picnics. The color red can be found all over these celebrations as a symbol of resillience.

Why Isn’t Juneteenth A Federal Holiday?

Why Does Juneteenth Matter?

If the ending of slavery isn’t enough for you, it matters because there is still anti-black racism in the U.S. It matters because several state governments are actively trying to erase our history of slavery or “whitewash” it by publishing public school history books that fail to state slavery as the primary cause of the Civil War and frame slavery as somehow not that bad. These books have been guilty of referring to slaves as “workers” and implying that slaves somehow consented to their brutal oppression.

At the same time, we currently have many people in cages in the U.S., from the undocumented migrants being held in alarmingly poor conditions to our prisons, which are disproportionately full of black individuals who are often coerced into prison labor for what can easily be called slave wages.

Can We Make Juneteenth A National Holiday?

Of course we can! All it will take is the support and effort of white people like myself. Less Columbus Day, more Juneteenth. Let’s do this.

If you can see it, you can be it. Today on #Juneteenth I’m presiding over the House of Representatives for my 1st time. pic.twitter.com/Q37C8a6CGB