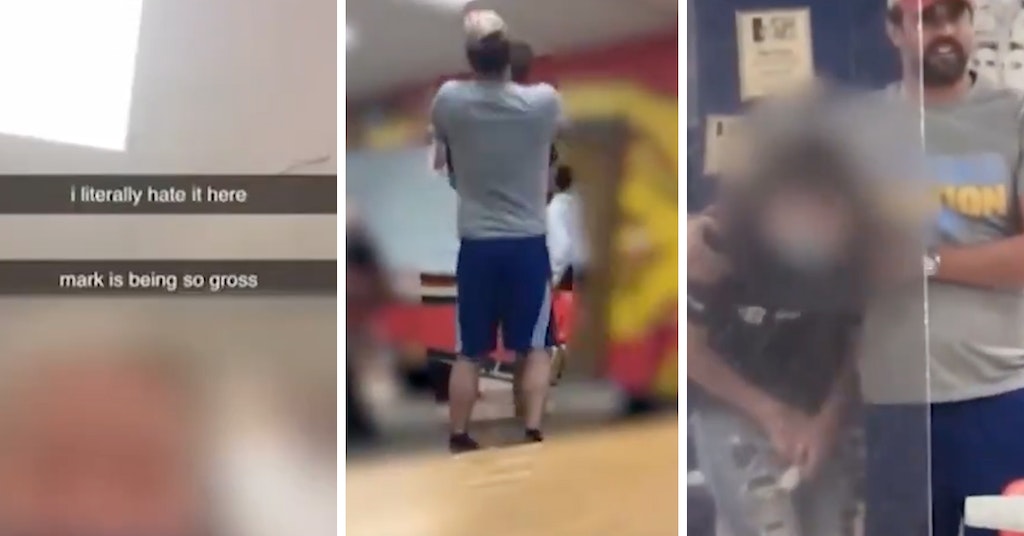 A Kansas state representative is facing charges and calls for his resignation after allegedly assaulting a high school student following a series of increasingly bizarre incidents while he was substitute teaching.

36-year-old Mark Samsel, a second-term GOP legislator, was caught on video saying a wide range of completely inappropriate things to students in a classroom on May 28.

Among them were comments that students should “make babies” because it “feels good, doesn’t it?” and a declaration to one student that he is about to get “the wrath of God” through angering him.

“Do you believe me when I tell you God has been speaking to me?” Samsel asks.

The videos were shared with The Kansas City Star by parents of students in the classroom. The compilation, which is largely blurred out so as to protect students’ privacy, shows Samsel pacing throughout the room most of the time, often accompanied by and focused on one student in particular.

He pushes the student at one point, and one clip appears to show the aftermath of him kneeing the student in the groin, as reported by parents. He then asks if another student wants to “check his nuts for him,” as they all laugh.

Samsel also spent a large amount of time preaching his views on Christianity, God, and the devil to the students, even at one point lamenting that he knows a foster kid who is being looked after by two women who are gay. A student attempts to defend their right to be gay “if they want,” but Samsel isn’t interested.

“What’s my point? My point is the kid’s tried to kill himself three times,” he reveals. “How do you think I’m going to feel if he commits suicide?”

After being arrested and charged with misdemeanor battery, Samsel was released on a $1000 bond.

And things somehow get even weirder from there.

In a series of Snapchats posted after his release, Samsel claimed that the videos were all staged and that the students were in on it from the start—although many of the videos make it look as though Samsel doesn’t even know he’s being recorded.

“The kids and I planned ALL this to SEND A MESSAGE about art, mental health, teenage suicide, how we treat our educators and one another,” he wrote. “To who? Parents. And grandparents. And all of Wellsville.”

Samsel reiterated the same claims in an interview with KSNT, insisting “there was no altercation.”

Meanwhile, House Republican leaders are putting off requests for Samsel’s resignation by insisting they “are not yet aware of the details, but are in the process of gathering as much information as we can” about what happened in the classroom.

It’s hard to imagine what more they could need to know beyond the insanity witnessed in those clips.