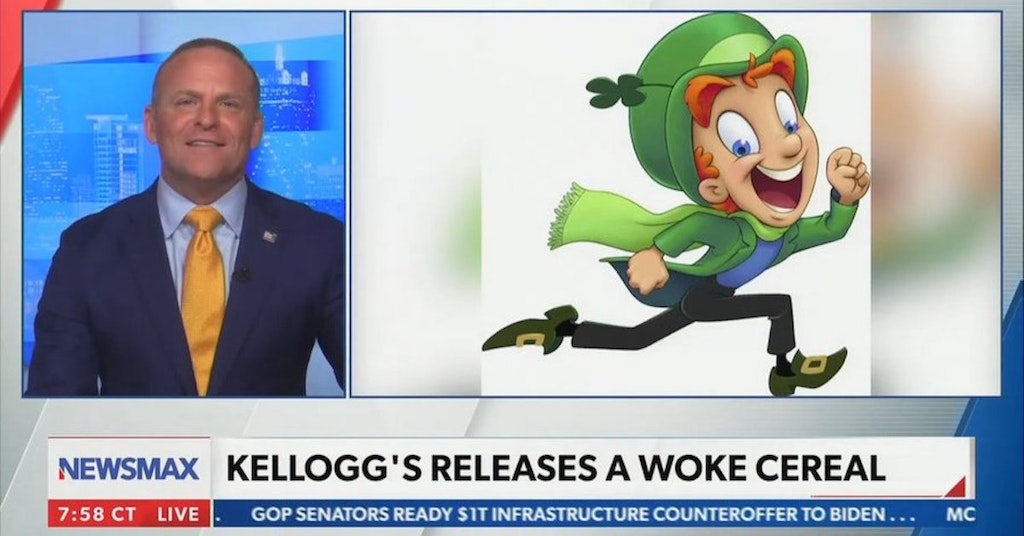 Pride month is about to launch, and after a year of pandemic life, it’s looking like it’s gonna be lit. Even Kellogg’s cereal is getting on the action, though what they have to do with the matter is unclear. In partnership with GLAAD, their LGBTQ+ themed cereal will come out in celebration, The Advocate reported in mid-April. The cereal is titled “Together With Pride.”

The cereal both shows Kellogg’s many mascots gathered around a bowl of delicious tolerance. Are some of them LGBTQ? Are they only allies? I’ve always thought Tony the Tiger was a part of the rainbow, but nothing is confirmed:

My question is if corporations should have any part of Pride to begin with, but conservatives are angrier that their morning flakes have gotten gayer. They’re particularly incensed that the box dares to ask people to pick their pronouns or —gasp— come up with their own:

The story even made it onto Fox News, where once again, the Irish are being turned into scapegoats:

Kellogg’s has partnered with GLAAD before, and to their credit, money from the sale of this special edition cereal goes to support GLAAD’s efforts on behalf of young queer people, with $3 of the $4 price tag going to the organization. However, you must upload a copy of your receipt to KelloggsFamilyRewards.com for the money to go through. That’s just a little advice for all the not insane people who aren’t angry at cereal.