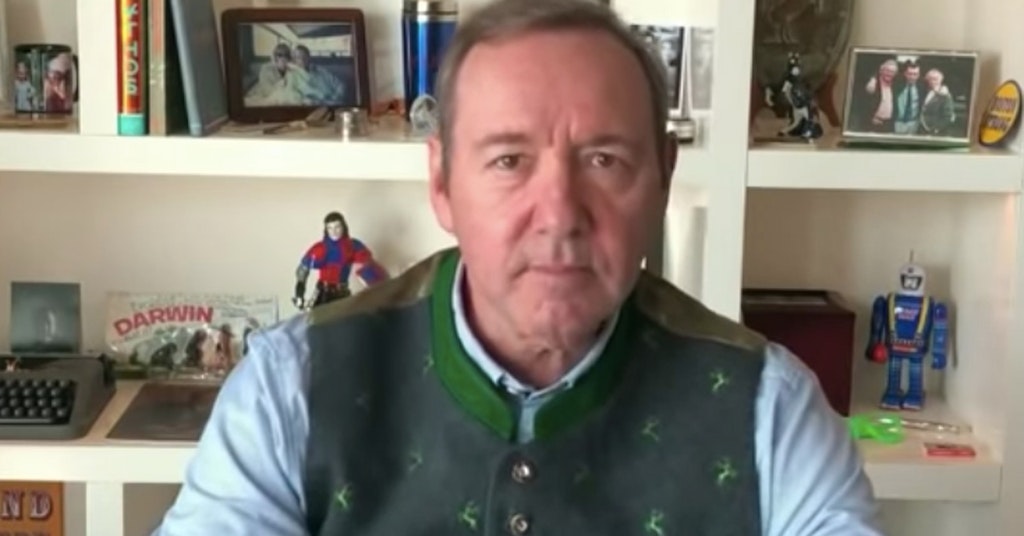 It would be amazing if Kevin Spacey would just disappear from the limelight entirely instead of continually trying to force his way back towards a public that wants nothing to do with him, but apparently knowing when he’s not wanted has never been his strong suit.

Despite allegations of sexual assault and harassment serious enough to get him booted from House of Cards, Spacey is still lurking around, taking any platform he’s given to say things basically no one wants to hear.

And in his latest display of zero self-awareness, Spacey even went so far as to say that he can relate to all the people who have been put out of work due to the coronavirus outbreak, since he, too, lost work after his predatory behavior was finally outed to the world.

“I don’t often like to tell people that I can relate to their situation because I think it undermines the experience that they may be having, which is their own unique and very personal experience,” he said during a virtual business conference for Bitz & Pretzels in April. “But in this instance, I feel as though I can relate to what it feels like to have your world suddenly stop.”

Unfortunately, he continued: “So while we may have found ourselves in similar situations, albeit for very different reasons and circumstances, I still believe that some of the emotional struggles are very much the same. I do have empathy for what it feels like to suddenly be told that you can’t go back to work or that you might lose your job and that it’s a situation you have absolutely no control.”

It’s true that everyone facing down a pandemic has no control over the sometimes fatal and highly contagious virus spreading across the entire world, or whether their jobs become too dangerous to maintain because of it, or whether their businesses are unsustainable with so many people staying at home.

Of course, losing your job after multiple men came forward to accuse you of decades worth of sexual misconduct may feel like something you have no control over once you’re finally caught, but it would seem, at the same time, like something you maybe once had a hand in causing.

Spacey has faced allegations from 15 men over the last several years, with a number of them claiming they were underage at the time they experienced unwanted encounters with the actor.

Anthony Rapp was the first to come forward in 2017, recounting an incident in which he alleged Spacey made explicit advances towards him at a party back when Rapp was 14.

Rather than take full responsibility for his actions, Spacey used all the accusations against him as an astoundingly poorly timed opportunity to come out as gay.

While likening his own fall from grace to the reality of so many people living paycheck to paycheck losing their income due to a worldwide health crisis feels like an unsurprising choice for Spacey at this point in his life, it still drew plenty of outrage.

Shutting up is absolutely free, Kevin. Might be worth giving it a try. The public would certainly appreciate it.