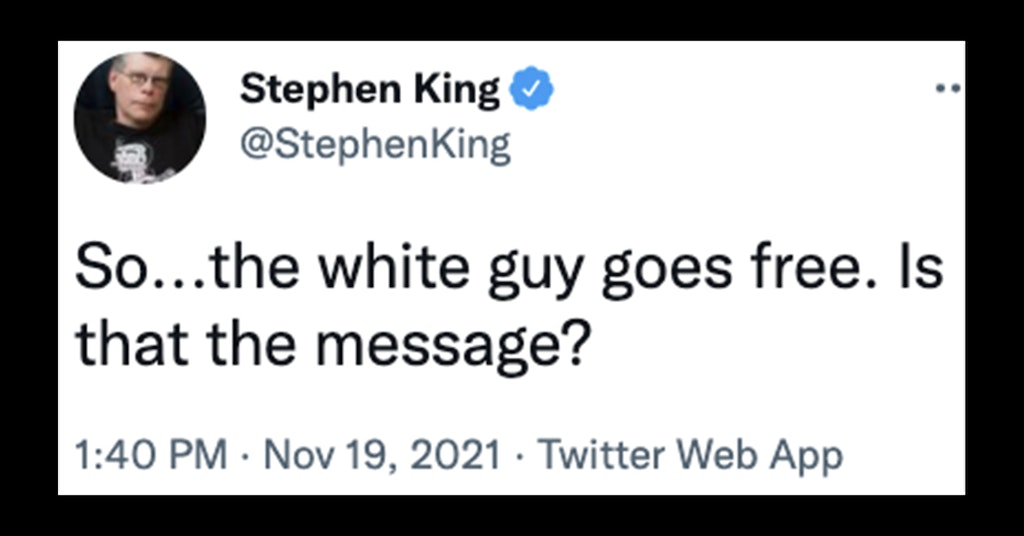 On Friday, teen gun shooter Kyle Rittenhouse was acquitted of all charges after pleading self-defense in Kenosha, Wisconsin, last year. The AP reports his charges included homicide, attempted homicide and reckless endangering after he killed two men and wounded a third with the semi-automatic rifle he carried to a protest in 2020.

The protest was in response to shooting a Black man named Jacob Blake by a white police officer close to the murder of George Floyd by Officer Derek Chauvin.

Rittenhouse claimed he attended the protest to protect property from looters, but it should be noted that he is not from Wisconsin and crossed state lines with his weapon to participate in the night of protests and conflicts. Rittenhouse killed two white protestors, Joseph Rosenbaum and Anthony Huber, and wounded Gaige Grosskreutz.

Huber’s parents, Karen Bloom and John Huber, gave a statement claiming the outcome of the trial “sends the unacceptable message that armed civilians can show up in any town, incite violence, and then use the danger they have created to justify shooting people in the street.”

Here are some responses to the verdict.