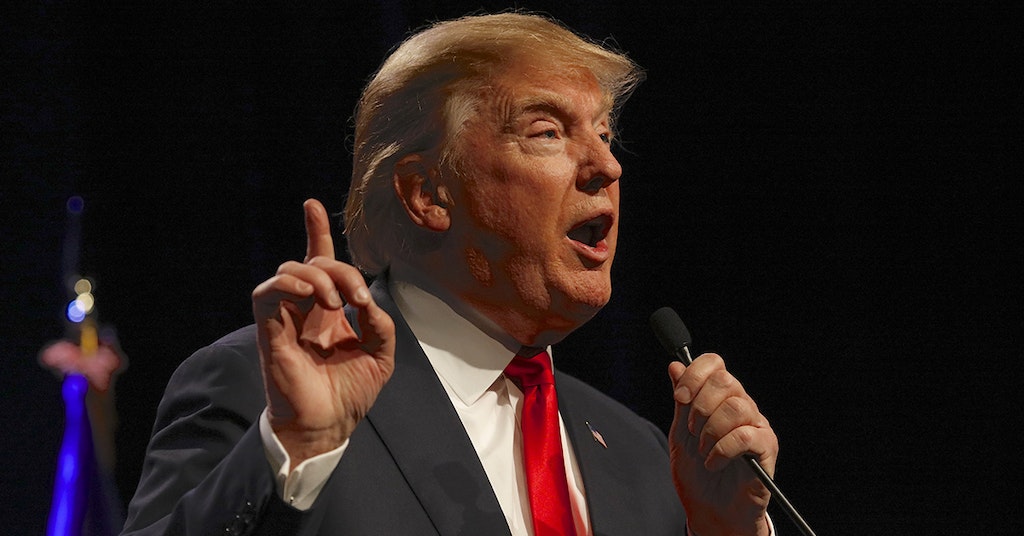 Kyle Rittenhouse continues to make the rounds following his acquittal for killing two men with different political beliefs than him and claiming self-defense. On Tuesday, he reportedly met with former President Donald Trump, who readily praised him like so many other Republicans continue to do.

“Kyle, I got to know him a little bit, he called, he wanted to know if he could come over and say hello, ‘cause he was a fan, unlike the other guy,” Trump predictably rambled during an on-air conversation with Sean Hannity.

“He came over with his mother. Really a nice young man, and what he went through, he should, that was prosecutorial misconduct. He should not have had to suffer through a trial for that. He was gonna be dead. If he didn’t pull that trigger, that guy who put the gun to his head, one-quarter of a second, he was gonna pull the trigger, Kyle would have been dead.”

Trump is referring here to Gaige Grosskreutz’s admission that he unintentionally had his gun pointed at Rittenhouse when he approached him after the teen shot and killed two other protestors.

“I thought the defendant was an active shooter,” Grosskreutz said, adding that he thought he was “going to die” by the teen’s hand. Rittenhouse ultimately was the one who shot him.

“He’s a really good young guy. He’s 18 years old. Just left Mar-a-Lago a little while ago, and he should never have been put through that. It was prosecutorial misconduct, and it’s happening all over the United States right now with the Democrats,” he claimed.

The whole Rittenhouse case has left those who believe justice should not be decided by teen vigilantes prowling the streets with guns frustrated and furious at the precedent this case sets — or continues, if we’re going to be honest about the ongoing state of the U.S.

And having the teen not only get acquitted, but constantly rewarded by Republicans ready to trot him out and excite their base is sending a very strong message to anyone who would follow in his footsteps.

This is the face of the modern-day GOP: a president accused of inciting an insurrection and a teenager who killed two men fighting against racial discrimination and got away with it.