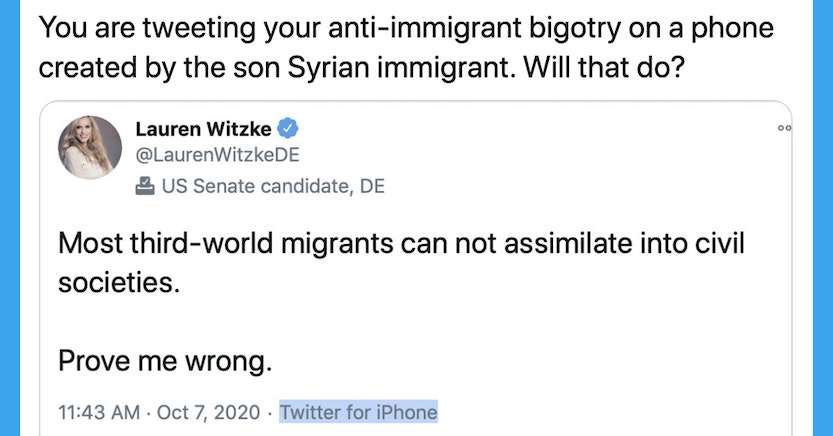 Once upon a time, the Republican Party voiced support for immigrants. They weren’t against immigration, they would say, they were only against illegal immigration. In fact, in 2012 GOP presidential nominee Mitt Romney proposed granting permanent residency to foreign Ph.D. students.

Of course, once the openly xenophobic Donald Trump took over the GOP and handed immigration policy to Stephen Miller, the veneer of support for legal immigration wore away. Earlier this year, the Trump Administration moved to deport foreign students who were not taking in-person classes before backlash forced them to rescind the rule.

Now, the intellectuals of the conservative movement, the right-wing media elites, and Republican politicians are openly questioning whether or not immigration to the United States is, in fact, a good thing. The usual argument typically centers around assimilation with immigration opponents questioning whether new arrivals to the United States can become part of our civic fabric. Then again, some Republicans don’t question whether immigrants can assimilate, they just falsely assert that they cannot.

“Third-world” countries refer to poor or developing countries and there’s no reason to believe migrants from these countries would somehow be less likely or able to assimilate to life in the United States, (unless you’re, you know, a bigot).

Thankfully, she also included a challenge to “prove her wrong,” and that’s just what people did.

Of course, citizenship in the United States isn’t conditioned on whether or not someone can play the violin, win prestigious awards, or revolutionize the tech industry. We only ask immigrants and refugees to pass a test and become good citizens.

Earlier this week, several men were arrested and charged with attempting to kidnap the governor of Michigan as part of a plot to overthrow the state government. No one is questioning whether those men were properly assimilated or sufficiently American. They were undeniably not good citizens, though.